Cobalt, lithium, rare earth oxide and other specialty mineral developers need to provide investors with much greater clarity on process economics and suitability, according to sector analyst, Tahuti Global's Luisa Moreno. Increased regulation might be an answer. 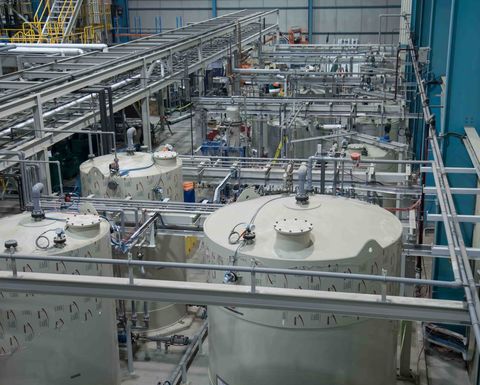 Moreno has been following the development stories of a number of junior 'strategic' metals companies that have struggled to secure finance for projects. Many had realised, too late, that process flowsheets derived from costly metallurgical testwork and design would not deliver products the market wanted.

She cited one company that was advancing a project and successfully raising money until it was pointed out to management the market they were targeting would not be able to use their proposed end-product at all, resetting the development cycle.

Canada's Nemaska Lithium was another company that got caught in a loop of continuously redefining process flowsheets to meet shifting offtake goals.

Moreno said scarce technical expertise was a problem for the industry.

But she said regulatory changes might be needed to build greater investor confidence in complex early-stage projects, and save millions of misdirected capital, as well as enabling the level of funding the sector needed to flourish.

"Regulatory changes are required to force greater emphasis on early stage metallurgy. The chemical processing of strategic metals is complex and a major challenge for pure exploration and mining companies," she said during last week's PDAC 2019 conference in Toronto.

"We are however starting to see investors becoming more aware of the importance of metallurgy, especially in the early stages. Likewise, we have detected companies spending more money on early-stage metallurgy.

"[But] there's a distinct disconnect between the wild demand growth projections for tech minerals in the next decade and the required financing for these new projects to be built.

"Capex is just not flowing through. Look at what happened recently with Nemaska Lithium."

Moreno said Canada had some of the world's best and most refined mineral resource estimation guidelines, but companies were given a lot of scope to report on metallurgical test work.

"Resources and reserves are quantifiable and are an acceptable measure among others to define the value present in the ground. Metallurgy and chemical processes on the other hand are difficult to quantify to determine their value, while metallurgical work time horizons often are difficult to determine, or uncertain," she said.

Moreno said companies needed to progress stages of metallurgical testwork, and resource and reserve definition, in parallel so that they informed economic studies in a consistent, meaningful way, through to bankable feasibility stage.

Most importantly, investors needed to be able to rely on adherence to simple, consistent guidelines to remain fully informed about progress.

No love for junior zinc