Communities across the north of Australia are bracing for two major cyclones. 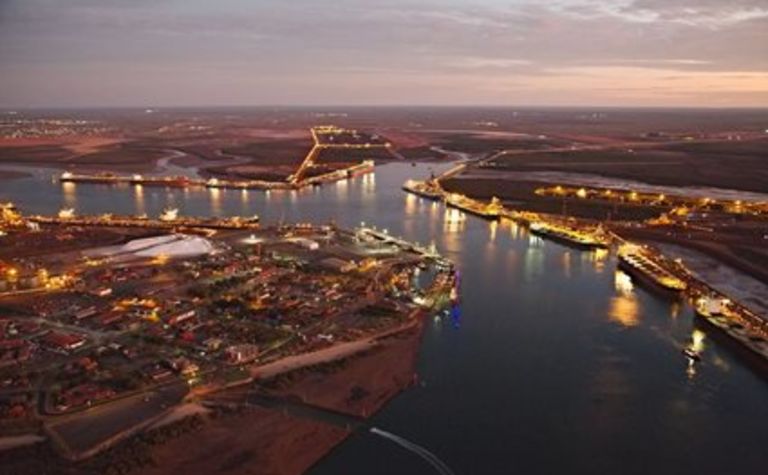 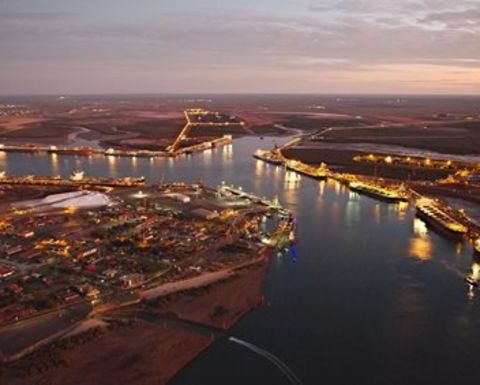 Severe Tropical Cyclone Veronica, a category 4 system, is moving slowly towards the Pilbara coast, and is expected to strengthen to a category 5 system by tomorrow morning.

It is the first major cyclone threat for the Pilbara this season.

According to the Bureau of Meteorology, the cyclone should track south to south-west during Friday before taking a more south to south-east track on Saturday and Sunday as it approaches the Pilbara coast.

"A severe coastal impact is likely, however there remains a chance that the system could weaken before reaching the Pilbara coastline," BoM said.

Pardoo to Mardie, including Port Hedland, Karratha and Barrow Island, are on blue alert.

BoM warned very destructive winds with gusts in excess of 165km per hour were possible over the weekend, as well as very heavy rainfall conducive to major flooding and dangerous storm tides.

Dampier port was cleared yesterday afternoon, while Ashburton port was expected to be cleared by 8am local time this morning.

Port Hedland port has started clearing and will continue to do so until all anchorages and the inner harbour are cleared.

"The weather forecasts will continue to be monitored, with further advice to be issued if there is a change to the situation," PPA said.

A planned Rio Tinto media trip to Karratha today was cancelled due to the looming cyclone. 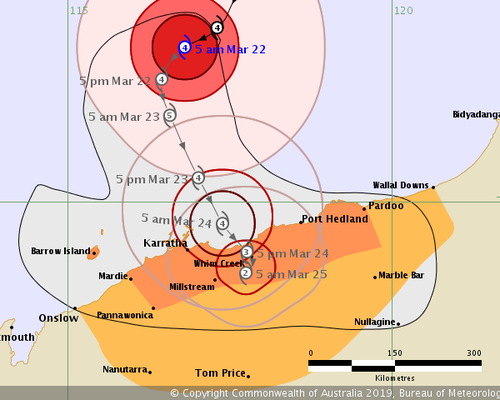 Trevor was upgraded to a category 3 system this morning, but is expected to intensify to category 4 by tomorrow morning when it crosses the coast between Groote Eylandt and the Northern Territory/Queensland border.