As well as a closer look at some of the best gold, copper, zinc, potash, vanadium, lithium, tin and ilmenite projects in the global project development pipeline, the 2019 Mining Journal Select conference in London will give investors timely insights into the forces driving metal prices and markets, and conditions in some of the world’s most prominent exploration and mining jurisdictions. 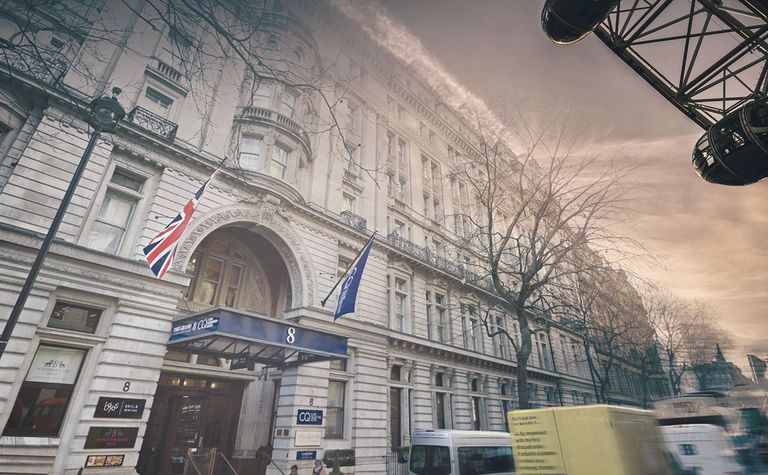 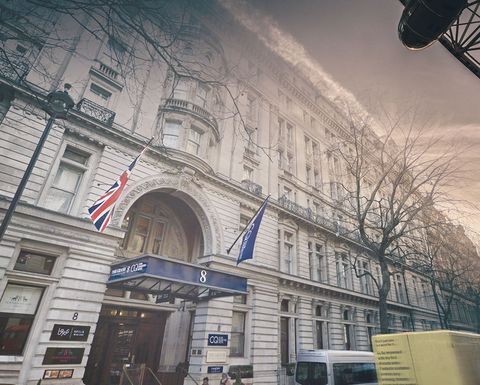 Some of these messages will be expounded in keynote addresses by market experts from Europe and North America.

The second annual MJ Select conference brings a strong line-up of development-project companies and their senior executives to London.

As can be seen in the table below, it's been a tough 12 months across the main equity markets for resource companies. This year has seen slightly improved conditions for stocks and financing, but company executives will mostly be trying to shift attention to the positive outlook for markets and potential boosts to project earnings and investment returns if they can deliver proposed mines to schedule.

Australian-dollar gold remains an exception to the general unwanted drifting of metal and commodity prices, smashing through A$1,930/ounce at the time of writing, and at a time when Gold Road Resources is about to step over that all-important threshold from developer to producer at the Gruyere mine in Western Australia, which it half-owns with South Africa's Gold Fields.

Despite the timeliness of his presentation in London, Gold Road executive director exploration and growth, Justin Osborne will also be emphasising the future prospects for the company on the emerging Yamarna Gold Belt in WA where it is the dominant landholder.

Gold Road has seen a 45% gain in its share price this year (and plus-36% in the past year) as Gruyere tracked toward production at a time of record Australian-dollar gold prices, its performance not only reflecting the bullion price but also the quality of the project and jurisdiction, and the deal it did with Gold Fields to advance Gruyere while maintaining undiluted exposure to exploration upside in the district.

As well as the potash pair, Highfield Resources and Emmerson, standout equity performers on the MJ Select list have been led by Tanzania graphite hopeful, Black Rock Mining, which has continued its surprising run into the middle of this year.

Here the quality of flagship project, Mahenge, and also the work Black Rock has done to underline its points of difference in a crowded junior space, have seen the company break ranks with many of its peers in the past year despite continuing doubts in the market about Tanzania as an investment destination.

Black Rock has worked equally hard to build political and social capital in the country, which appears to be paying dividends as it advances Mahenge through government approval, product offtake and financing stages.

"Not all graphite is created (or mined or transported) equally," Australian stockbroker Patersons started an initiation report on a catchy note earlier this month. It sees Black Rock's share price more than doubling from current levels in the lead-up to further milestones.

"The company completed a definitive feasibility study on the Mahenge project which highlighted strong economics supported by two successful and significant pilot plants [90,000t and 18,000t], underscoring the strong technical approach by the management team, and the company's willingness to demonstrate repeatability of laboratory trials on a larger scale," the broker said. 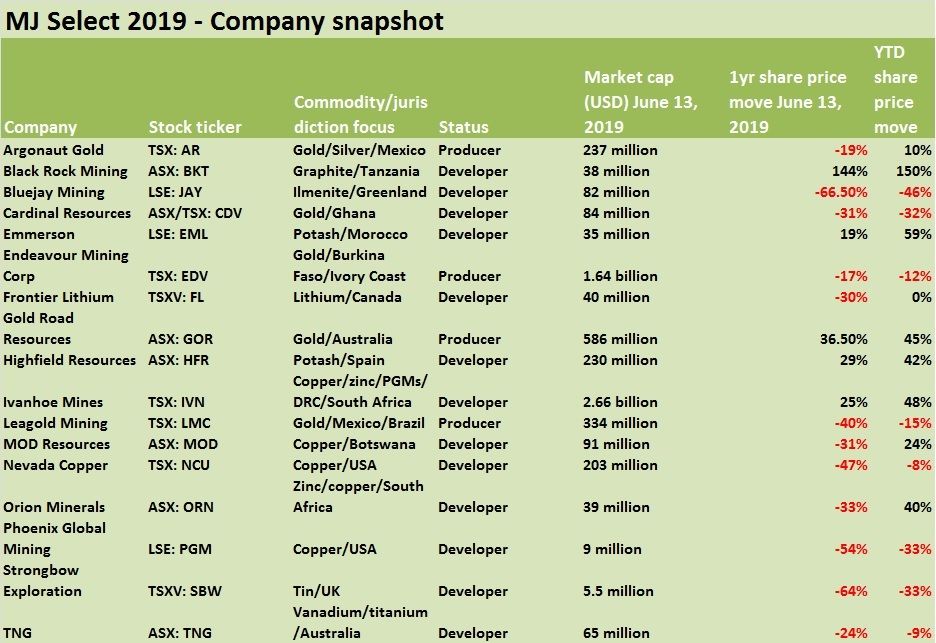 Describing Mahenge as a "globally significant project", the Patersons report said Black Rock's proposed US$115 million project presented a near-term funding challenge but was based on an unusually robust DFS that projected low operating costs, a high rate of return on capital (42.8% inclusive of Tanzania government 16% free-carry), and post-tax NPV of US$895 million.

"The staged approach to ramp up to 250,000tpa [at a further capital cost of circa US$154 million) production is seen as a practical method to deliver product in to the market without oversupplying, whilst also maximising productivity and efficiency of scale," Patersons said.

BKT already had three offtake agreements in place for up to 85% of proposed steady-state annual production of 240,000tpa.

"With around 85% of the proposed steady state output now contracted, we don't believe BKT needs further offtake agreements before the project goes into production, as it will likely need some flexibility in the initial years of production. However, we note the company has recently made mention of increasing the capacity by a further 85,000tpa and if that is the case, there may be headroom to enter into further offtake agreements," Patersons said.

"While the contracted offtake is significant, the terms of the agreements will not be enough to satisfy traditional debt lenders requirements in our view; no pricing has been agreed, and the ability to terminate with 60 days' notice would be of concern.

"[Also] before funding can occur, incoming financiers will want to see documentation finalised around the shareholder agreement with the government to confirm the 16% free-carry interest for the Tanzanian government before potential funding can be achieved. It is widely acknowledged that the free-carry is 16%, however the legislative wording currently states 16% to 50%, and we understand that Cabinet is expected to meet soon to formally remove the, to 50% component, of the legislation."

Many of the other MJ Select company/project presenters will have pertinent milestones to focus on this month, perhaps none moreso than Highfield Resources and the Declaración de Impacto Ambiental (DIA) just received for its proposed US$400 million Muga potash project in Spain.

"The awarding of the DIA is the most significant step for Highfield in de-risking the Muga project," company CEO Peter Albert said.

The company would now focus on securing the Muga mining concession and the construction permits to move into construction, while committing to "purchase of certain long lead time mining and process plant equipment, as well as completion of the final project design".

Highfield had A$50 million in the bank at the end of March.

As with Black Rock in Tanzania, Albert says "logistics is key to [a] potash producer's competitiveness".

"The Muga mine will be close to key demand areas of Europe [where existing potash output is declining] as well as competitive logistical access … with extremely competitive and versatile export options."

Already in Africa with its proposed Khemisset potash project in northern Morocco is Emmerson, which this month said it had received a "formal indication of significant debt financing" of up to US$230 million from a major European commercial bank.

"To be approached by a major commercial bank with an early indication of debt financing capacity of such significant size, despite using very low potash price assumptions, is a huge endorsement of the economic strength of the project," he said.

"The scoping study delivered in November 2018 highlighted Khemisset's industry leading capital intensity, but also showed that, even in the downside price scenarios, the project exhibited very robust cashflow generation. The board and management believed this would underpin a significant debt financing package from credible institutions, a view that has been strongly endorsed by this indicative proposal.

"We continue to engage in early stage discussions with a number of significant strategic and financing partners with the capacity to provide both debt and equity for Khemisset project, and the indication of significant debt support will enhance these discussions."

MOD chairman Mark Clements told the company's recent annual general meeting: "2018 was a year characterised by a macro-economic environment that exerted downward pressure on commodity prices, and in turn, resource company share price values. This was particularly exacerbated within the junior end of the market." 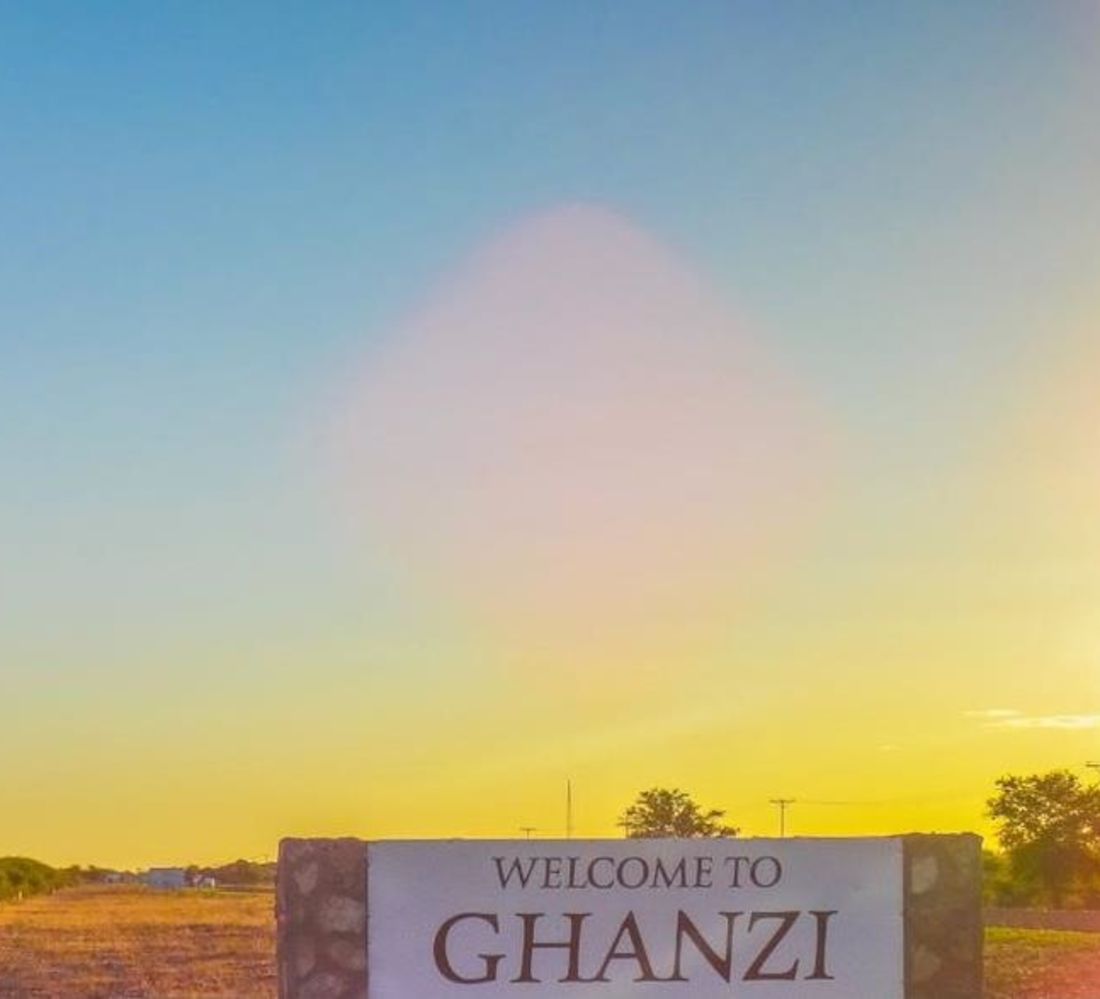 Despite the market headwinds MOD is progressing talks with financiers to develop the first (surface and underground) mines at its 100%-owned T3 project area near Ghanzi, costing circa US$300 million, while it also again ramps up district exploration to open up more of the Kalahari Copper Belt area's copper potential.

"Over the past three years, the MOD/Tshukudu team has demonstrated the ability to make new discoveries in this under-explored copper belt, systematically increase mineral resources, and move our first mine towards early production," managing director Julian Hanna said last month.

"The growth strategy will aim to continue the momentum at T3 and leverage infrastructure to be developed at T3 to add further value to the project and open up the wider potential of this copper belt.

"The exploration drilling which forms a key part of the growth strategy will initially focus on near surface targets in the T20 Exploration Project area and targets where there have already been numerous ore-grade intersections reported, in close proximity to the planned T3 openpit mine."