Canadians gear up for Cornish tin push and 2019 AIM listing

In an interview on the sidelines of the Mining Journal Select Conference, the head of Cornish tin hopeful, Strongbow Exploration, revealed the company was “working on a number of financial options” concurrent with an AIM listing later this year that would effectively sound the starting gun on construction of what could be the first metals mine in the UK since the demise of the Hemerdon tungsten operation in Devon last year. 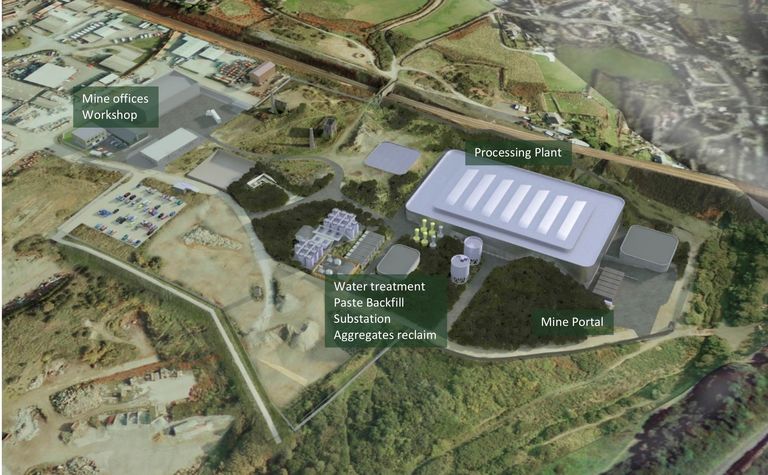 Strongbow CEO Richard Williams admitted at the London gathering that Hemerdon "and Brexit uncertainty" had suppressed the investment appetite of portfolio managers for new British projects, but he was pushing ahead with a UK quote, nevertheless. The aim was to get the historic mine into production in the next two to four years - with initial finance to be deployed to dewater the historic South Crofty tin mine, and build a water treatment plant.

Toronto Venture Exchange-listed Strongbow counts multi-millionaire mining entrepreneur Patrick Anderson among the directors on the board. Anderson was the former head of Dalradian Gold before its takeover by Orion Mine Finance last year, owner of the Curraghinalt underground gold mine under development in County Tyrone, Northern Ireland. Chairman of Strongbow is Grenville Thomas whose daughter Eira Thomas is CEO of Lucara Diamonds.

Referring to South Crofty, which is fully-permitted, Williams said, "we are fully supported by the Environment Agency and local bodies, I reckon we need about £25 million to get to the point where we could start development, thereafter another £75 million to take us through to production."

He also said: "We have completed the sale of 1.5% net smelter returns royalty to our largest shareholder, Osisko Gold Royalties, for C$7.17 million. Our 2017 PEA demonstrated sound economics for arguably the most important historic tin mine in the UK that hosts one of the highest-grade tin resources globally."

Experts say the tin market has been buoyed by demand for tin flowing from new technologies and the shrinking of a stock build-up.

Challenging 2019 ahead for mining equities