Celebrating its 30th birthday in 2019, the Denver Gold Group has seen a marked move up in precious metals prices over the past couple of months turn what are usually dull months into sparkling ones, creating additional buzz ahead of two of the most anticipated North American precious metals conferences in September. 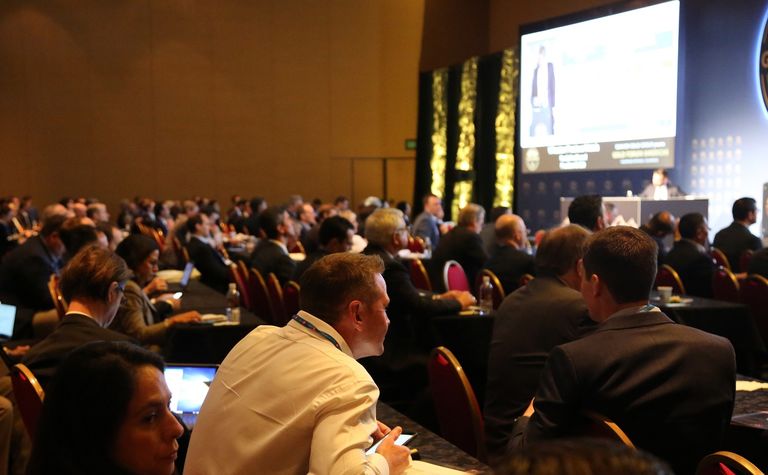 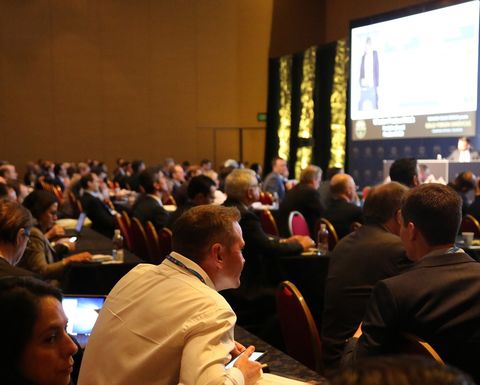 Anticipation building ahead of this year's Denver Gold Forum

"Not many non-profit organisations like ours can serve their members through three decades; it is a real accomplishment. For the last six years we haven't raised prices and we have continued to grow and make big investments such as the meeting tool and we are able to do that with the resources we have," executive director Tim Wood told Mining Journal.

The forum will be at the Denver Hyatt Regency hotel this year, taking a break from its home in recent years at the Broadmoor in Colorado Springs. "We are in Denver again for one year as we couldn't get the Broadmoor as someone else had made a booking there 10 years ago. We now book 10 years ahead and will be back at the Broadmoor next year and have it booked through 2031," he said.

Wood is expecting a slight increase in the number of attendees at this year's Denver Gold Forum (15-18 September) though not a massive increase, and with a 20% increase in the buy side.

"Total delegates will be between 1,200 and 1,300, while last year was just shy of 1,200. The numbers for this years' event are not up massively but we are seeing a lot of people from prior years that are back after missing the last two or three years, such as hedge funds, while the family offices have drifted away," he said.

DGF sees the participation of 173 companies with 168 presenting. This includes 22 companies whose primary project is in Australia and 24 whose primary listing is the ASX. "Over the last 10 years we have probably doubled the number of Australian companies we have. We have always been fairly strong with Australian companies being the main event they attend in North America. Historically, they represent about 14% of the total and this year they are a little above that," Wood said.

Wood speaks with many of the investors that sign up to attend the event and said he had noticed a bifurcation of investor interest towards companies producing cash and away from companies consuming cash. "There is still a lot of weakness in the explorers and developers and there hasn't been a real financial window for them. There is some scepticism among investors that the last few months are more than just a sugar rush for the gold price. People are interested in what else companies can do to improve their margins. The mood is not about buying new assets but doing better with the assets they have. Discipline is still the main focus," he said.

Discipline and margin growth being the key mandate from investors rather than acquisition and production growth, may go some way to explain a fall in corporate attendance at the event this year. "We will have fewer corporate people on site this year as some of the bigger companies have cut back on the numbers they send. For example, one company sent 20 people last year and this year only four. This may or may not be due to cost-cutting, but companies are being tighter on their delegations," he said.

This is something also reflected at the Precious Metals Summit at the Beaver Creek Resort (10-13 September), according to CEO Jessica Levental. "In 2018, we saw an increase in the number of attendees from the corporate buy side, from the corporate development teams of major and mid-tier companies, but this has gone down this year from 150 in 2018 to 120 this year," she told Mining Journal.

However, with the Summit in its ninth year, Levental has continued to grow the event, having added an extra day dedicated to meetings, and expects about 10% more delegates than last year.

"We had 100 meeting spaces around the hotel but were running out of space so we decided to add a first day dedicated to one-on-one meetings to relieve the pressure on the meeting space. We have 120 spaces this year as we have put a tent over the ice rink in the centre of the village," she said.

No bears allowed at the Beaver Creek Summit this year

Levental is hoping the recent run-up in metals prices will translate into a more positive vibe at the event, which throughout its nine-year history has almost entirely taken place during a precious metals bear market. "The first summit was in 2011 a few days after gold hit US$1,900/oz in the irrational exuberance peak of the gold market. Companies tell me of the positive reception they get to their stories at the Diggers and Dealers event in Australia so I am excited about the buzz I hope we can generate in the investment community and transfer some of the positive attitude from higher metals prices into the junior companies in North America," she said.

This is a sentiment shared by David Erfle of the Junior Miner Junky newsletter. "I am very excited about Beaver Creek and being there during a bull market for the first time. During my five years going to this many of the conversations have been about wondering how bad tax loss selling season will be. The sentiment will be the opposite this time," he told Mining Journal.

Levental has added 20 more companies to its roster this year, bringing its total to 180 of which 27 are ASX-listed companies and five are base metals companies. She expects 10% more attendees than last year with a 28% increase in institutional buy side investors including private money managers at 393 compared to 312 last year.

"Recent years have seen Canadian investors invest in crypto currencies and marijuana stocks and we are hoping to see some of that money come back into the junior precious metals sector. There are some companies really making advancement in their stories with a lot of good news from different issuers," she said.

Erfle said the recent run-up in precious metals prices has occurred while a lot of traders were on summer vacation, which meant September, traditionally a good month for gold and gold stocks, could be a great month, although there was likely to be caution.

"The trading desks are still operating at half capacity as many people are still on summer vacation and so some big money is still not in the market. September is traditionally a good month for gold and gold stocks so this year it could be a really big month. Resource speculators like myself doing research to accumulate the best juniors for the best prices over the past few years meant we were pretty much trading among ourselves. Now generalist investors and retail are getting involved. However, many players got burned with the huge run up in stocks in 2016 but then petered out quickly after some big financings were done. We need two quarters of gold above $1,400/oz before many investors start to come back," he said.

Joe Mazumdar of Exploration Insights agreed it might still be early for the broader investment community to come back into precious metals.

"There has been about C$800-900 million in equity financings in Canada this year not including lithium. Most of that was for precious metals and mainly for companies with projects in North America, and most of that was retail money. There has not been a lot of institutions involved with the possible exception of Eric Sprott. About 20% of the dollars raised has come from one person, Eric Sprott. And when you look at how New Gold has tried to raise $150 million in a bought deal and $50 million of that got hung and had to be taken by the underwriters you can see that there is appetite for financings but not an infinite appetite," he told Mining Journal.

Money has begun rotating into the precious metals sector as it is being treated as a currency again but institutional investors have generally not been participating, said Mazumdar, in large part because the number of institutional equity investors has shrunk.

"When the generalists come back in they will buy into the GDX or GDXJ ETFs which offer great liquidity and anonymity. The next step will be the blue chips like Barrick Gold and Newmont Goldcorp, which is why these companies have been looking to get bigger in order to be the number one choice. Only then will the mid-tiers get a look in and those that are liquid, solvent and have a very high beta," he said.

Shortly after the Colorado conferences last year Barrick announced its merger with Rangold. Will a similar meaningful transaction be seen this year?

"I wouldn't be surprised to see one high profile merger come out of Beaver Creek and Denver," said Erfle.

Mazumdar also thinks a merger is more likely than a buyout. "Buyouts for single asset companies is going to take a long time coming as there are so many assets being divested by majors. Which mid-tier is going to buy a junior for $500 million and then spend $800 million to build a mine when you can buy a permitted and operating mine from a major?" he said.