The Salbora gold discovery about 1.5km north-west of previously mined Eagle Mountain in Guyana has the potential to “lift the ceiling” on the scope of the Goldsource Mines project, president Ioannis Tsitos has told Mining Journal. 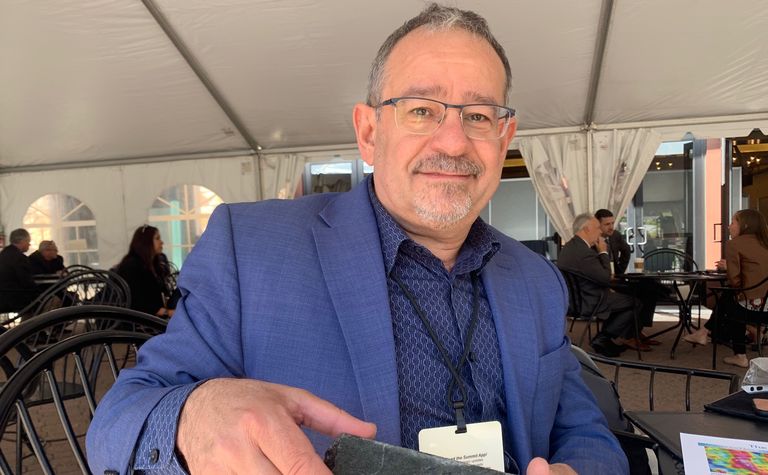 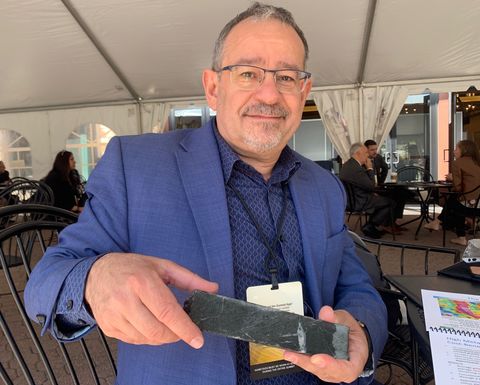 Set in the underexplored and prospective Guiana Shield and Greenstone Proterozoic Belt, early indications are Salbora has the potential to transform the former small-scale mine into something more substantial.

The company in 2015 developed and in 2016 operated a 1,000t/d gravity pilot plant at Eagle Mountain that was largely unsuccessful owing to the microscopic nature of the orogenic material, less than 50 microns in size. This prompted the company to re-evaluate the project. And re-assess geological data.

To be successful at Eagle Mountain, the company had set itself the strategic target of developing a 4,000-5,000t/d openpit gravity-CIL operation, with economics supported by a low strip ratio and the low-cost mining of saprolite resources.

However, since announcing the discovery of Salbora early this year, Eagle Mountain started a metamorphosis into a conceptually much larger project.

These early results were much higher than the current compliant Eagle Mountain indicated resource estimate of 3.9 million tonnes grading 1.49 grams per tonne for 188,000oz of contained gold and 20.6Mt grading 1.19g/t for 792,000 contained ounces inferred.

Initial ground geophysical survey results which included induced polarisation, resistivity and magnetics, had outlined the presence of at least five sulphide-rich target areas, with a cumulative strike length of about 4km, according to Tsitos.

Salbora is within an estimated 600m-long-by-100m-wide sulphide-rich geophysical anomaly trending northwest to north. "Additional drill results combined with the geophysical anomaly for the Salbora area show an expansion of gold mineralisation of about 200m to the northwest of the discovery hole," he said.

He said heavy rainfall during the past two months had limited access to Salbora, but the team was able to mobilise and return up the mountain recently to undertake drilling on the southern extension, targeting a potential expansion of an additional 300-400m strike length based on the defined geophysical IP anomaly.

"The Salbora discovery might increase the project scope from about 75,000oz/y to more than 100,000oz/y. We have an exploration target of about 600,000oz of saprolite ore, which will be sufficient for a starter scenario with extra-low mining and processing costs over the next three years," he said.

The company received a major endorsement in April when industry heavyweight Eric Sprott invested, taking an 8.7% position in Goldsource (up to 12.2% on a diluted basis).

The company's Toronto-quoted equity currently trades about 36% higher year-on-year at C9.5c, which gives it a market capitalisation of about $30 million. It achieved a new 12-month high at 23c in May.