EVs a dual focus for Mincor at Kambalda

The managing director of an Australian nickel company has talked up the potential value of electric-vehicles – both as a market and part of a new mine fleet – in its plans to restart production at its Kambalda sulphide-nickel hub in Western Australia, at a conference in Perth. 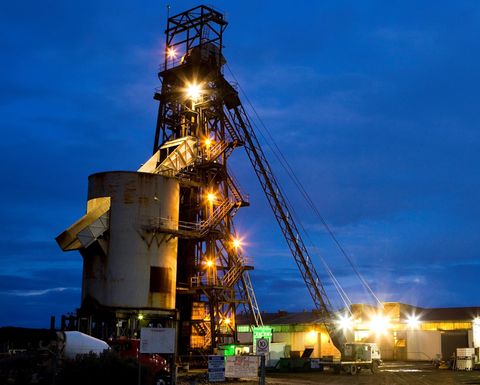 Mincor Resources' David Southam told the Paydirt Australian Nickel Conference planned development of the Cassini underground mine next year could "showcase" the use of electric light vehicles and possibly other EVs if its exploration continued to expand resources and project life.

Mincor wants to make Cassini the centrepiece of a three-part plan to mine up to 600,000 tonnes a year of ore to supply BHP's nearby Kambalda concentrator under a new offtake arrangement.

"We are at a point that mining contractors are being short listed for the DFS costing, whilst resources continue to evolve with an estimate over coming months," Southam said.

He said the use of all-electric utilities supplied by a local firm could reduce mine ventilation costs due to the lower heat output of EVs versus diesel vehicles, and cut maintenance costs, as well as producing better environmental outcomes.

"This mine restart will be a global showcase for this new and more environmentally friendly mining technology," Southam said.

Mincor had a longer term aim to transition larger mining vehicles to electric once infrastructure was established. There was an "opportunity for Mincor's Kambalda operations to be an important showcase for the use of EVs within the global mining industry".

The company plans to integrate development of Cassini with the restart of operations at Long and Durkin North. It recently updated Cassini's mineral resource to 1 million tonnes grading 3.8% nickel and says a new resource to be released soon would include "recent stellar intersections".

Southam said a maiden ore reserve would accompany release of the DFS and early works could start at Cassini in the first quarter of 2020.

"Re-starting Kambalda is coming at the right time for nickel's price and space in the global metals market," he said.

"What is key is that BHP's concentrator was specifically designed for Kambalda style ores and that is the type of ore we will be mining, processing and selling the resultant nickel concentrate."

Kambalda has produced 1.6Mt of nickel from sulphide ores historically. Mincor, which holds more than 300sq.km as the dominant landowner on the Kambalda nickel belt, has been one of the region's enduring success stories.

Apollo hoping for lift-off at zinc-lead play in Gabon