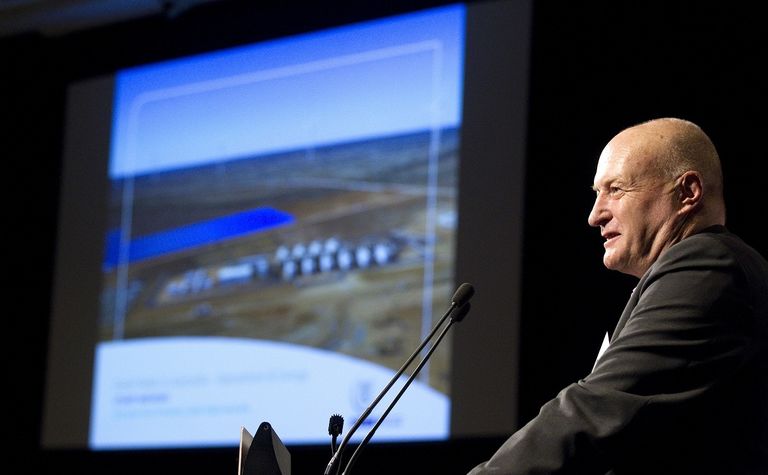 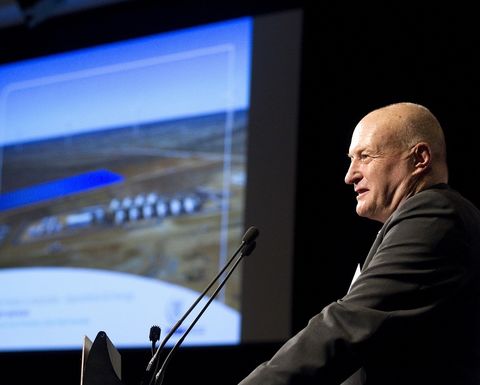 Gold Fields executive vice president Australasia Stuart Mathews said the region was "absolutely core" to the company and could provide further growth but told a WA Mining Club lunch on Friday there was "no intent to list in Australia at the moment".

The company's three mines in Western Australia - Granny Smith, Agnew and St Ives - produce 43% of the group's gold production and 42% of net cash flow, with the addition of the new Gruyere mine set to push this proportion higher.

"Going forward that's going that's going to be over 50%, headed towards 60% very, very soon - in the next year or two," Mathews said.

Gruyere, a 50:50 joint venture with Gold Road Resources, poured its first gold bar on June 30 and is already tracking at the top end of guidance.

Gold Fields also has operations in South Africa, Ghana and Peru and the Salares Norte project in Chile, which Mathews is confident "will be a mine".

The company has been in Australia for 17 years and Mathews is excited about the company's future in the country, thanks to its five-year, up to $100 million (US$68 million) exploration programme which ends this year.

He confirmed the big spend on exploration would continue, in the order of about $80 million (US$55 million) a year due to the recent divestment of Darlot and Gruyere's existing mine life.

On the sidelines, he told reporters he wouldn't rule out additional M&A activity but said the company currently had its hands full with its own tenements.

"Now we've got a fantastic pipeline in our exploration portfolio," he said.

He said there were seven rigs working on the Greater Invincible complex at St Ives and said "watch this space" regarding the Redeemer prospect at Agnew.

"Agnew is one of my favourites at the moment, I think it's a white-hot property," Mathews told the gathering.

He said the company was about the eighth largest gold producer in the world and had no aspirations to be in the top three but would aim to keep producing about 2.1Moz a year and focus on meeting its sustainable vision for the future, including security of energy supply.

With three of its four mines in WA in remote locations, Mathews said its hybrid renewable power system at Granny Smith was expected to be commissioned later this year, with 20,000 solar panels being installed accompanied by a 2MW lithium-ion battery unit.

At Agnew, a 16MW gas plant and 4MW solar plant are already in operation, with the addition of 18MW powered by five wind turbines set to join the mix in May 2020.

The flight path into Leinster had to be altered slightly to account for the 180m-tall turbines, Mathews noted.