Tonopah, an historical silver and gold mining district in the Walker Lane Trend in Nevada, USA, is becoming an exploration locus with several juniors advancing projects in the long-forgotten district. 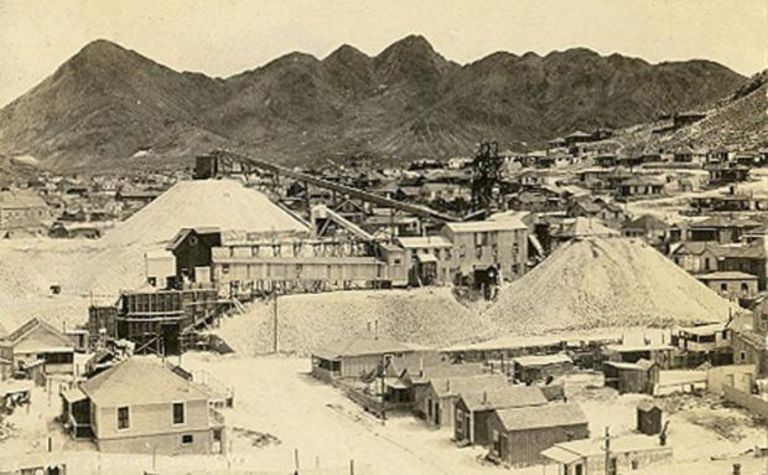 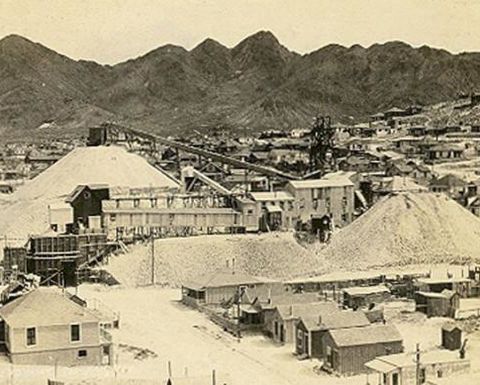 Tonopah West mine in Nevada, USA

The Tonopah high-grade silver district produced an estimated 174 million ounces of silver and 2Moz of gold during a 20-25 year period in the early twentieth century with grades of up to 2kg per tonne of silver equivalent. Mining stopped when silver prices fell and has since lain dormant. Now, it is producing some of the most attractive high-grade drill intercepts right under the noses of major miners such as Kinross Gold, which sources many workers for its Round Mountain mine from the town of Tonopah.

"Tonopah is where many mining professionals stay that work at Round Mountain and we have a mining museum on our properties that highlights the significance of this silver district, yet it has had no interest for decades," Andrew Pollard, president and CEO of Blackrock Gold told Mining Journal during the 2020 Precious Metals Summit.

Interest in Blackrock and Tonopah surged when the company reported an intercept of 30m grading 1kg per tonne of silver-equivalent in July, but it is not the only explorer in the area. Viva Gold is exploring 20km to the northeast and Allegiant Gold's Eastside is 15-20km away, in addition to Round Mountain to the north.

Viva Gold is rapidly moving towards a feasibility study and development at its Tonopah project which the company acquired from the bankruptcy of Midway Gold in 2017. It has defined a pit constrained resource of 326,000 ounces of gold in the measured and indicated category at a US$1,600 per ounce gold price and 181,000oz inferred.

"Forty-two percent of the ounces are above 1 gram per tonne so it is a good openpit target," president and CEO James Hesketh said during his presentation.

Viva has outlined a high-grade starter pit with a low strip ratio which would drive rapid payback. Drilling is focused on expanding the pit length and upgrading inferred mineralisation. The company aims to will initiate a feasibility study and develop a plan of operations for permitting in early 2021 with a view to initiate permitting in the second semester.

Allegiant has a 1.1Moz gold-equivalent inferred oxide resource at Eastside near Tonopah with drilling underway to upgrade resources and reduce the strip in the pit area, president and CEO Peter Gianulis said during his presentation. The company is looking to expand the Castle Zone to the south and bring some 272,000oz of historical non-NI 43-101 compliant resources into its resource estimate. "We have a 15,000m drill programme to prove how much bigger Eastside can be with an objective of 2Moz in the resource update incorporating Castle Zone," he said.

Further south in the Walker Lane Trend, Corvus Gold president and CEO Jeffrey Pontius commented that the area around Beatty is getting a lot of major attention. "Barrick Gold, Coeur Mining, Kinross Gold and AngloGold Ashanti are all active, and we are in the middle of the Bullfrog-Mother Lode district. This is a very exciting area right now in Nevada with four majors surrounding us," he said, commenting on Barrick's recent deal with Bullfrog Gold, AngloGold's Silicon discovery and significant drilling by Coeur at its Sterling property.

Corvus is working on a phased production plan, potentially using its North Bullfrog deposit as a starter project, which will help pay for the subsequent Motherlode development. "North bullfrog could produce about 150,000oz/y and then we would bring Mother Lode on in year four to increase production to 350,000oz/y for next eight years before tailing off to 150,000oz/y," Pontius said.

He said the company planned to announce updated economic numbers in the coming weeks for a phased development expected to significantly reduce the $424 million initial capex in the past preliminary economic assessment.

West Vault Mining is also in the Walker Lane Trend with its Hasbrouck project where it is planning production of 71,000oz/y for eight years from an oxide heap leach operation requiring initial capex of $46 million. The company is run by president and CEO Michael Jones who ran the Sterling mine for six years. Sterling is now owned by Coeur.

"The first pit at Three Hills is permitted which will give us two-and-a-bit years of production and the second pit permit for Hasbrouck is expected soon with a record of decision expected in the next few weeks," Jones said.