Australia’s Rex Minerals is looking to fast-track to become a gold producer in Nevada, USA, with overlooked assets north of Interstate-80, far away from the clamour of the “trends”. 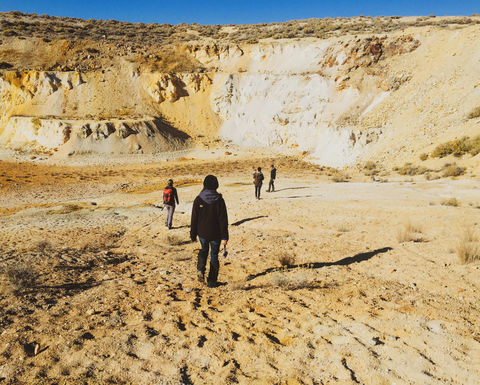 "When we say we are in Nevada, everyone asks what trend we are on as though gold cannot exist anywhere else," managing director and CEO Richard Laufmann told Mining Journal at the 2020 Precious Metals Summit.

Laufmann previously worked for Western Mining Corporation, a storied company in Nevada gold lore, which operated a mine at Hog Ranch from 1988 to 1992.

Rex picked up Hog Ranch in 2019. It has a 1.4 million-ounce JORC compliant resource grading 0.53 grams per tonne and a recently completed drilling programme upgraded inferred resources to indicated.

"Production stopped in the early 1990s when the gold price fell. We inherited a huge Western Mining database with the property containing at least US$20 million-worth of drilling data. We have four deposits there, including Bells, which we see as a near-term cash cow," said Rex director Cherie Leeden.

Bells hosts 420,000oz and Rex believes it can be permitted via an environmental assessment in six months rather than a year that an environmental impact assessment process would take. "We commenced the long lead time items for the Bells permitting, such as the baseline studies. IN mid-2021 we aim to submit the EA and then it would be 18-24 months for construction. We are looking to get fully permitted and make a production decision within 18 months at Bells. The goal is to start cash flowing from that and then advance a larger scale project at Krista," Laufmann said.

A June 2020 scoping study on Bells outlined an openpit heap leach operation to produce 39,000 ounces a year with an 8.5-year mine life following an initial capital cost of $58 million. It would yield an after-tax internal rate of return of 40% and have an all-in sustaining cost of $902/oz.

Cash flow from Bells would fund the development of an 80,000oz/y operation at Krista.

The company sees the makings of a larger system at Krista and has been adding to its land position in recent months. It plans to undertake more drilling and follow up on a lot of outcropping mineralisation.

"All the conditions are there for us to grow the resource and this could change our destiny," Laufmann said.

"We would like to get to 2Moz in resources in the next six months to present a 120,000oz/y production scenario within three years. We hope to crack open the Krista corridor and understand what is there, which is probably a sulphide system. The Airport prospect at Krista was drilled by Western Mining. They hit up to 8g/t but it was sulphide so they just left it," he said.

Shares in Rex Minerals are trading at A16c, valuing the company at $57 million.