The 2020 Precious Metals Summit, affectionately known as Beaver Creek, is the most important investor event for the junior precious metals exploration sector in the Americas, and perhaps even further afield. 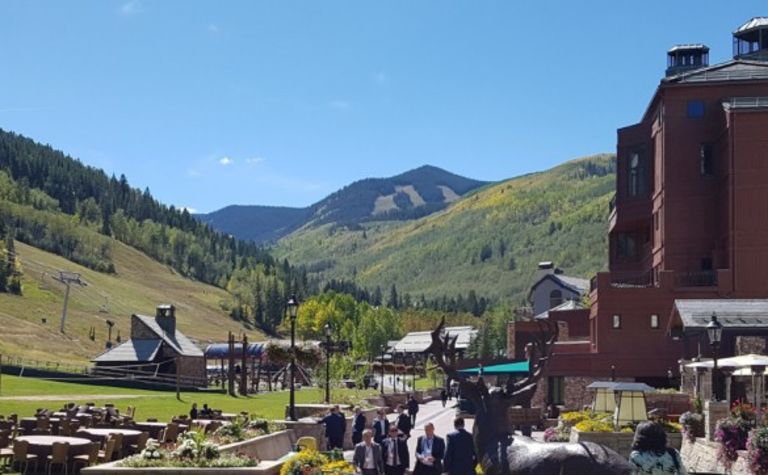 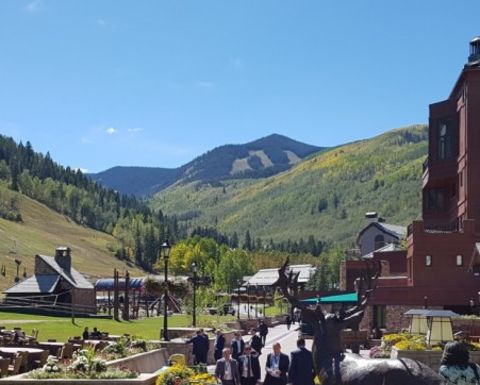 This year was a virtual event, which for many CEOs as well as journalists, meant being stuck to the screen all day in video meetings, without the sanity break the two-minute dash between meeting rooms of the physical event usually provides.

Sadly, there is no gossip to report this year. The lack of social mingling and serendipitous encounters in hallways meant gossip was another victim of the COVID-19 pandemic. However, while this aspect was sorely missed by many, it was compensated by the ability to actually attend many of the company presentations, which was facilitated by a multi-screen set up. Attending meetings at the physical event can be difficult due to the constant running between rooms and inconvenience of having to squeeze in and out of packed presentation rooms.

In this way, I learnt about historical gold mining districts such as Virginia and Tonopah. It also became much more evident the extent to which precious metals exploration—in the Americas at least—has become a largely North American affair. Mining Journal reported extensively on projects in Ontario, Quebec, Yukon and British Columbia in Canada, and Nevada and Idaho in the USA.

Projects in Latin America are becoming few and far between, even taking into account the surge of silver exploration in Mexico and handful of gold explorers in Ecuador. Even long time Mexico project generator Riverside Resources is diversifying and obtaining properties in Ontario.

Within this, the Walker Lane Trend in Nevada is becoming one of the most active exploration districts with juniors and majors stepping up to work around Tonopah and Beatty. The majors are clustering around Beatty and the Bullfrog district where Corvus Gold has long been the pioneer, while juniors are putting Tonopah back on the map, an historic centre of precious metals production in the formative years of the state.

The more advanced exploration and development companies reported that they had meetings with a broader spectrum of investors, including meeting many investors for the first time. Generalists are slowly making their way back into gold stocks.

The best investment advice came from mining entrepreneur Ross Beaty and Tom Kaplan of the Electrum Group, who said that to take advantage of the once in a lifetime precious metals opportunity, people should "go away on vacation for a year to avoid the temptation of selling too early".

West Vault Mining was perhaps the most bullish company Mining Journal met with. President and CEO Michael Jones said the company wanted to see a 10-15% increase in the gold price before it puts its Hasbrouck project in Nevada into production, despite it already having a 106% after-tax internal rate of return.

With high metals prices and a dearth of new projects coming through, M&A is widely expected. However, despite all the talk of the need for consolidation, many juniors are looking to spin out assets they believe they do not get value for, such as Premier Gold Mines and its Nevada assets and Blackrock Gold for its Silver Cloud asset.

Which brings me to observations about company valuations. The cautionary notice slide which precedes all presentations should perhaps be amended to state that during the presentation, "the CEO is going to moan about how the market does not recognise the company's value". It seems many CEOs do not understand capital markets and how value is realised.

Many junior CEOs believe their companies should be experiencing similar share price increases and seem to valuation drivers like a bus stop: do some work and file some news and the valuation bus will come and drive the company up the Lassonde Curve. Valuation is something one builds through constant effort and effectively communicating a value proposition. Markets are generally quite efficient and companies which communicate a compelling case of value appreciation potential do see their share prices appreciate. Recent examples of this include Great Bear Resources, SilverCrest Metals, Equinox Gold and Discovery Metals.

The market discounts for anything and everything so if a CEO thinks their company is undervalued it is because they have not done the work to surface the value to the market or have not communicated it well enough. What do I mean by this?

As mentioned above, Beaver Creek is the most important investor event for the junior precious metals exploration sector yet many companies—more often than not run by geologists—do not have a slide stating their value proposition or the concrete steps they are taking to grow value. Instead, many geologist CEOs present a group of projects like a stamp collection or baseball card collection.

Another hurdle is liquidity. The CEO of a nano-cap penny stock told me about his company's great liquidity as it trades hundreds of thousands of shares a day, but this ‘volume' amounted to less than $50,000 Canadian in value, which is not liquidity. Another lamented the fact that his company trades at 0.2 times net asset value, which in part is due to a high investor concentration with four who own 70% of the stock.

Many companies are now steadily building and surfacing value.

Increasing precious metals prices have enabled them to build their treasuries and conduct meaningful work programmes to grow resource and de-risk projects. Valuation doesn't occur overnight but takes time to build. As Beaty and Kaplan said, patience is necessary.