Sweden might be suffering from a relative lack of “mining culture” or understanding, which could partly explain both its sliding rating within the Mining Journal Investment Risk Index and its general lack of activity compared to mining strongholds such as Australia and North America, according to Mining Journal head of research Chris Cann. 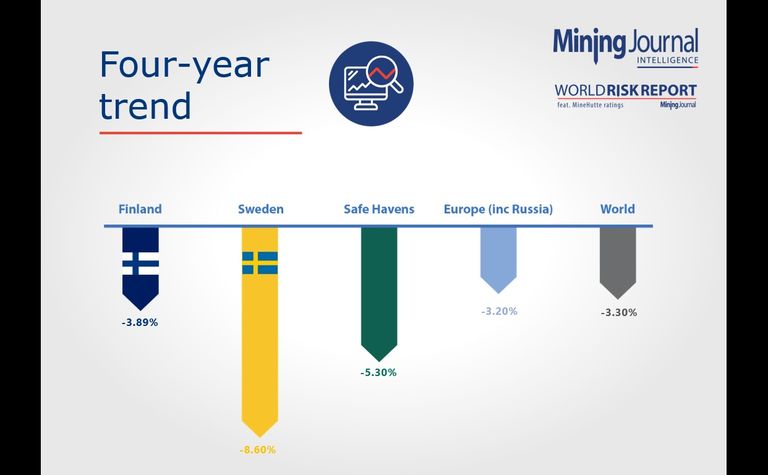 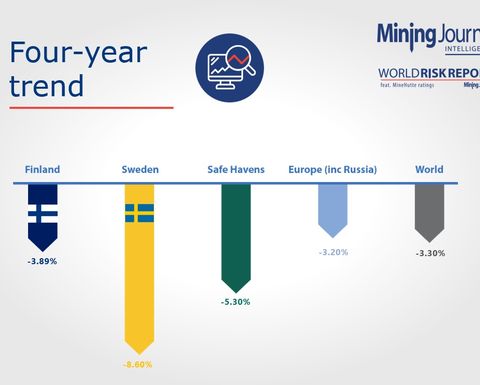 Sweden scored 74 out of 100 in the most recent IRI analysis published in October last year as part of the Mining Journal World Risk Report (feat. MineHutte ratings). This gave the country an A rating and placed it 10th among a universe of 111 jurisdictions covered.
However, Sweden's mineral output and broader foreign direct investment into mining lagged prolific mineral producers, some of which had poorer risk profiles.
"This possibly comes down to two things we don't measure - culture and the rocks," Cann told the Future Mine and Mineral conference broadcast from Stockholm early this week.
"I understand the rocks of the Fennoscandian Shield are similar to parts of Western Australia - obviously a prolific producer - and are mostly in Finland. The rocks look different in Sweden and again in Norway.
"We don't measure how likely you are to find something but how much risk is involved in developing and operating an asset, if an economic deposit is identified."
He said a good understanding of mining, meanwhile, allowed bureaucracies to "paper over" deficiencies in key risk categories. The IRI examines five risk categories: legal (mining codes), governance, social, fiscal and infrastructure.
"In Australia, for example, the mining codes themselves are pretty average, but the mining-specific bureaucracy is excellent so, while the risk is real, issues rarely come to fruition," Cann said.
"The reverse could be true in Sweden. A strong framework could be let down by a lesser mining culture or understanding of how to support the industry outside of those hard parameters."
Sweden had experienced an 8.6% fall in its rating over the four years the IRI has been published, which was mainly attributed to falling numbers from the governance category. The IRI governance ratings uses the World Bank Ease of Doing Business Index and the MineHutte Corruption Risk Index, combined with the results from the World Risk Survey, which asks the corresponding questions of the mining community. The 2020 World Risk Survey had some 950 respondents.
That slide in form compares to a 5.3% average drop for fellow safe-haven jurisdictions, a 3.2% fall across Europe, and a 3.3% decline across the world.
Finland, meanwhile, was off 3.9% over the four years, which brought its score down to 75, earning it a AA rating.

Europe is over-reliant on minerals from Russia and China