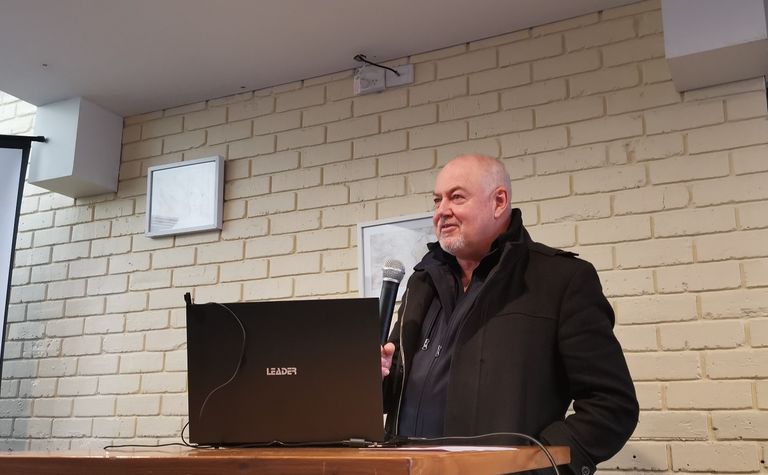 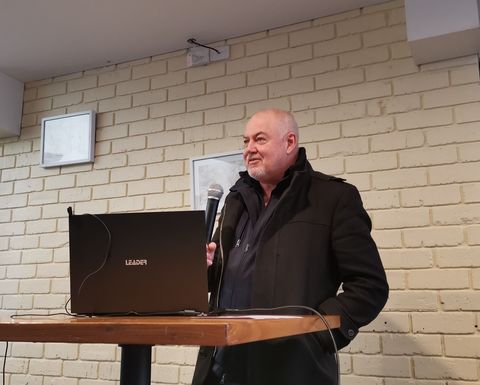 Cook, who became non-executive chairman on August 1, instead skewered political correctness and presented his trademark "look-alike" slides as he opened an event on the sidelines designed to showcase half a dozen ASX-listed juniors.

Overcoming a slight glitch at the start, Cook quipped: "Well I'm not good with a microphone, you'll find that out later tonight," alluding to a gig with his band The Smoking Guns.

He set the tone referring to a quote attributed to former US president Harry S Truman: "Political correctness is a doctrine, recently fostered by a delusional, illogical minority and promoted by a sick mainstream media, which holds forth the proposition that it is entirely possible to pick up a piece of shit by the clean end."

Cook, who was Westgold's inaugural managing director and until this month executive chairman, told the function it was his "dream in life to be a non-executive director".

"And what's more, a supermarket trolley's got a mind of its own."

"I've done 25 presos [presentations] at Diggers & Dealers over the years and it's hard to get a hearing in," Cook noted.

This year 55 companies are presenting at the 30th annual three-day mining forum in Kalgoorlie.

Cook introduced the speakers with his look-alike slides, a feature he'd used to liven up his Diggers presentations but admitted he hadn't known all of the companies on the agenda, except the few he'd become a shareholder of.

"And there's one or two on the list that have probably spectacularly failed my due diligence over the years but we won't go down that path," he said.

Among the slides, he compared Hot Chili's Christian Easterday to a young Justin Timberlake, Technology Metals' Ian Prentice to Bart Simpson and Latitude's Tim Davidson to Pierce Brosnan (below). 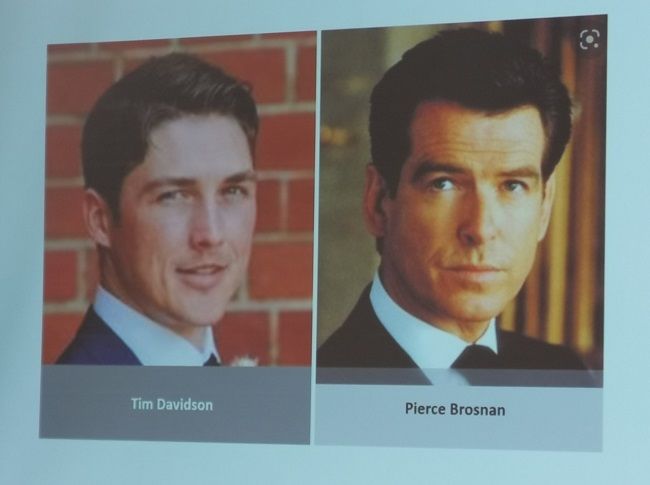