Mining is in an “unconventional” boom which could last years, according to Lion Selection Group investment manager Hedley Widdup. 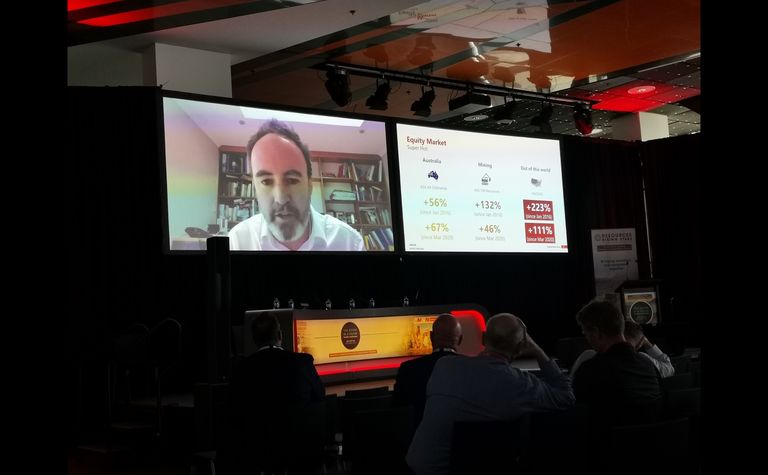 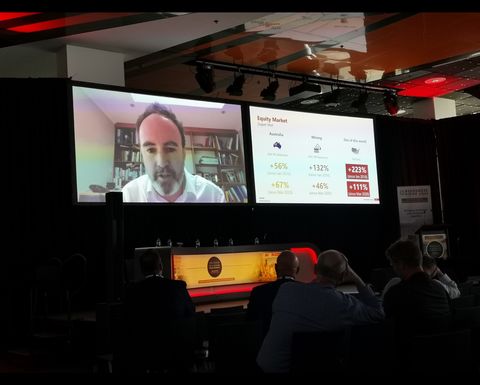 Widdup was keynote speaker at The Boom in a Room investor conference on Friday, the final day of the event presented by  Read Corporate's Resources Rising Stars and sister publication MiningNews.net.

Widdup said it was unconventional because small cap miners had outperformed large caps, thanks to the surge in the gold and now the lithium price.

Another unusual factor was the iron ore price seeing unprecedented volatility, Widdup said, trebling since 2020 then halving in the past few months.

The Australian resources space was also outyielding the market, with the ASX 100 Resources up 132% since January 2016 compared with the ASX All Ordinaries' rise of 56%.

Widdup said this meant the market could afford to pay more for miners.

According to the Lion Investment Clock, the boom (6 o'clock) began in 2016 and the market was at 11 o'clock, which indicated the "last leg of the cycle" before the crash at midnight.

Sandfire Resources MD and CEO Karl Simich attracted a keen audience at the event, just weeks after announcing the company's US$1.8 billion acquisition of the Matsa complex in Spain which is set to transform Sandfire into one of Australia's largest copper-focused producers.

Juniors including Nexus Minerals and DevEx Resources talked up "pretty damn compelling" exploration targets while emerging producer Bellevue Gold MD Steve Parsons outlined the path to first production at its namesake project, touted as one of the highest-grade, lowest cost mines in Australia.

Investors at the event told Mining Journal they were keen to hear more about lithium and there was a packed room for final speaker Pilbara Minerals MD and CEO Ken Brinsden and the following lithium panel discussion.

As one delegate noted, Pilbara Minerals represented a "fascinating turnaround story", having emerged from the lithium doldrums and a share price of A30c two years ago, to acquiring its neighbouring lithium producer in the Pilbara and receiving record offers in its second spodumene concentrate digital auction last month.

Brinsden said lithium was enjoying "a once in a century event".

"Consumers are switched on for EVs and the market needs to rise to meet supply," he said.

Brinsden said the company was selling more into the spot market and renegotiating its offtake contracts, adding buyers were being "pragmatic" about the rises in price and demand.

Pilbara Minerals closed up almost 1% on Friday to A$2.08, putting its market capitalisation near $6.2 billion (US$4.6 billion).

Northern Star-Saracen union a signal for others