Haves and have-nots stand out at conference

Experienced analysts who walked the floor and took in some of the presentations at this year's PDAC suggest there was a notable divide between 'haves and have-nots' among junior miners at the event, while technology, sustainability and worldwide investor sentiment were notable themes. 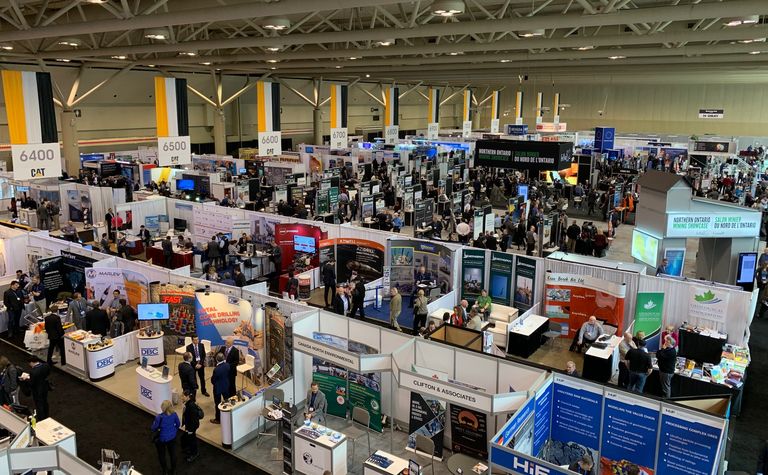 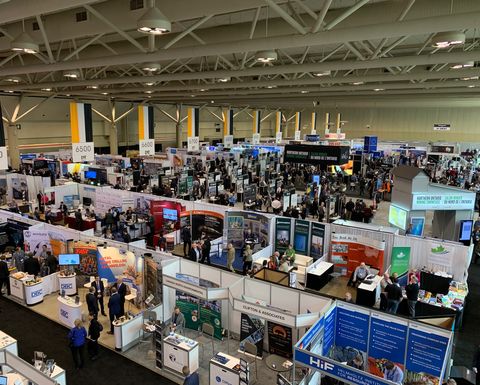 Canaccord Genuity analyst Tom Gallo said the early positive mood at this year's event got a jolt with the gold price volatility seen mid-week, but overall there was a favourable vibe.

"Many companies did not appear too concerned with the prospect of raising a few million dollars" to fund "wholesome" budgeted exploration spending this year, he said.

The flipside to that being many ambitious exploration programmes planned by companies were "often only partially funded".

Fellow Canaccord analysts Kevin MacKenzie and Mike Pettingell said haves and have-nots among PDAC juniors could, as always, be broadly characterised by companies with established projects and proven management teams, with access to capital, versus those lacking one or more of these elements.

Analyst Eric Zaunscherb said the ‘risk-off' mode did seem to be prevalent during the PDAC 2019 event, but some presenters were cautiously optimistic that a more constructive ‘risk-on' period could be getting nearer.

Meanwhile, Canaccord found it particularly noteworthy that automobile manufacturer representatives were in the crowd at the PDAC convention.

"Could this be incipient recognition that the specialty metals like lithium, cobalt, graphite, nickel and rare earths that are needed for these new tech applications, may not be as economically obtainable as some would have us believe?," its analysts asked.

"Heavy investment by OEMs and battery manufacturers will be needed to develop new deposits of these metals to fulfill industry needs into the 2020s and beyond."

"The most prominent metal supply gap in the coming years is copper, with an estimated 27% increase in production needed to meet supply through to 2028, requiring an investment of US$115 billion in mining to produce," Andrawes said.

"Discussions around the conference explored possible alternative sources [of finance] such as moving away from Canadian exchanges towards the exchanges in London or Australia. Commodity streamers and royalty investors were very visible and whilst there may be a view that this is a very expensive option for many juniors, in some cases it may be the only option," Andrawes said.

"It appears that companies with more advanced projects, where the risks are lower, are finding it easier to attract risk capital.

"However, if new greenfields projects are not being explored, that reduces the number of new projects that will be developed in the future."

Andrawes maintains ethically sourced metals and minerals can be converted into competitive advantage by companies - something generally debated in and outside the industry.

Ethically sourced gold, for example, could command a price premium of 3% to 5%, BDO says.

It notes blockchain technology is now being commonly used by key mining companies, including Goldcorp and Yamana Gold to monitor and validate the source of gold supplied.

ATAC looks for take-off from Airstrip

Oz explorers raise most cash in over a year

Still a wide gap between the haves and have-nots

Mining infrastructure: Time to move on

ATAC looks for take-off from Airstrip