Chinese miners have moved to develop mines in low-cost regions as their exploration spend has halved in the past decade, a report by S&P Global Market Intelligence found. 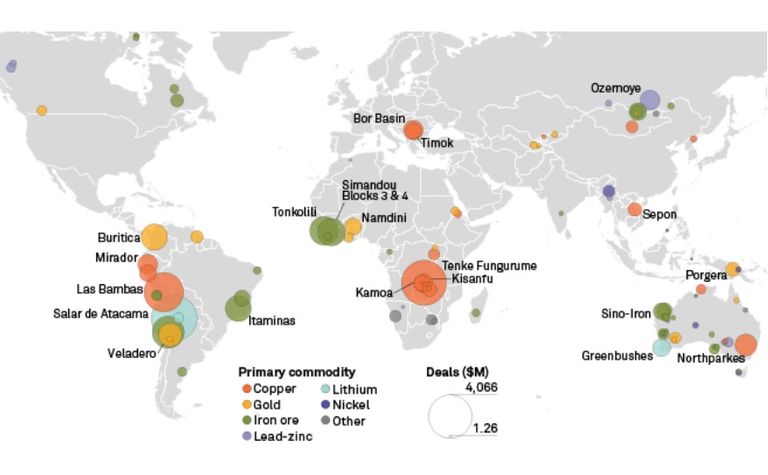 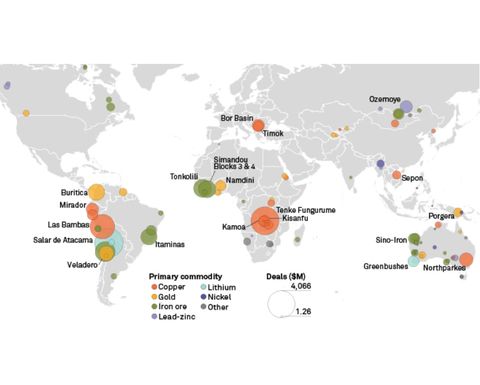 It said Chinese companies' combined overseas exploration budgets in the five major regions — Africa, Australia, Latin America, North America and Pacific/Southeast Asia — had dropped to US$101 million in 2020, down from $267 million in 2011.

The downturn was in line with the global trend of a drop in exploration spending.

The country's share of exploration spending had grown in Africa and Latin America, S&P said.

This was at the expense of Canada, Southeast Asia and Australia, which had together accounted for 22.5% of China's exploration budget in 2011 and just 5.6% last year.

The report said Chinese miners had moved to develop mines in low-cost regions and continued to work in countries where they had a successful investment track record.

"China produced over 1 billion tonnes of crude steel in 2020, and as demand for imported iron ores will continue, geographical diversification away from Australia could be seen as an advantage," the report noted.

It said China was engaged in 52 primary copper projects in Africa and Europe, which accounted for 60% of its foreign project total.

"The growing investment by private miners suggests that China's overseas mining strategy has shifted from an emphasis on control, mineral reserve size and large-scale capacity to acquiring assets with a focus on maintaining low costs and a healthy return on investment," the report by Shunyu Yao and Jason Holden said.

They said Zijin Mining had led the charge overseas, having completed 21 M&A deals since 2010, including seven in the past two years.

Zijin's acquisitions of Guyana Goldfields and Buritica in Colombia in 2020 would push its overseas gold production ahead of its domestic output this year.

Zijin has reported record profits for 2020 and become one of the top global miners by market capitalisation, as it pursues "the grand objective of becoming an extra-large scale international mining group with high technology and efficiency by 2030".

"Zijin's positive experience in frontier locations is likely to boost confidence among other Chinese companies planning to invest abroad," the report said.

Commodity-hungry China this month set its annual economic growth target above 6% for 2021, which was expected to bode well for the metals complex.