Global Geoscience (ASX: GSC) says it has achieved an industry first at its Rhyolite Ridge project in Nevada with the extraction of lithium-boron via heap leaching. 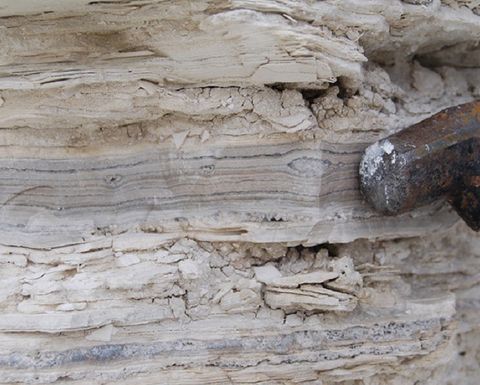 Metallurgical testwork showed that heap leach processes could be used to extract lithium and boron at high recovery rates into a pregnant leach solution, with the minerals then removed from the solution via crystallisation and purification steps to produce lithium carbonate and boric acid.

The company said the results boded well for project economics, given that heap leaching would lead to lower capital and operating costs given lower acid consumption.

"This is an exceptional result for GSC shareholders and a very significant breakthrough as we are not aware of any other lithium deposits where heap leach processing has been successfully demonstrated," Global Geoscience managing director Bernard Rowe said.

"Rhyolite Ridge's unique combination of minerals and low clay content is the key to efficiently recovering lithium and boron via heap leaching.

"What makes the mineralogy so important is that the lithium and boron minerals are very easily dissolved in sulphuric acid - meaning higher recoveries and short leach times with acceptable sulphuric acid consumption."

Rhyolite Ridge has a resource of 460 million tonnes at 1700 parts per million lithium and 0.46% boron for 4.1Mt of lithium carbonate and 11.9Mt of boric acid.

The resource contains a high-grade component of 137Mt at 1800ppm lithium and 1.26% boron, which is the focus of the current prefeasibility study.

Global Geoscience has around A$35 million cash after completing a recent $30 million raising.

"Our speculative model assumes a 2.5Mtpa operation would produce around 20,000tpa of lithium carbonate equivalent and circa 175,000tpa of boric acid," analyst Trent Barnett said.

Barnett said the operation could generate earnings before interest, tax, depreciation and amortisation of US$115-200 million per annum, depending on acid prices, while capital costs could be $300-400 million.

"Capex would be lower for a heap leach operation, and partway for combinations between our base case and a heap leach," he said.

"Using spot lithium carbonate prices, the project would have a less than two-year payback even at upper end acid prices and less than one year on low acid price."

Hartleys has a price target of A38c. Global Geoscience shares rose by 11% to 25c.