ASX-listed tin hopeful Kasbah Resources (KAS) says it is ready to rock with its 75%-owned Achmmach project in Morocco, and it will move immediately into funding and development activities following delivery of a “robust” definitive feasibility study today. 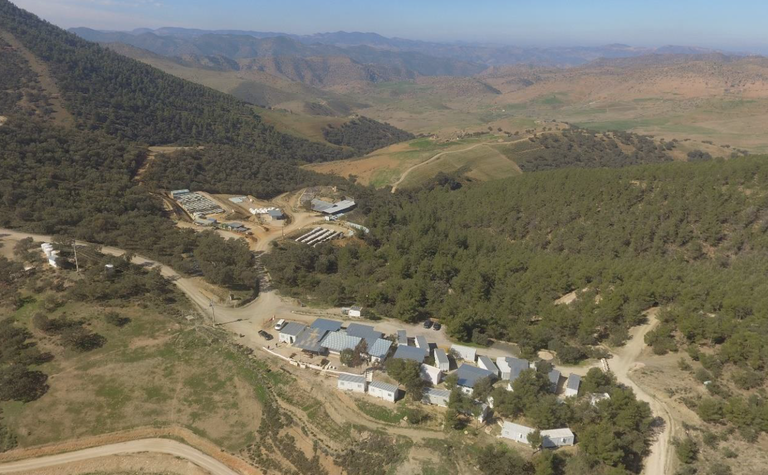 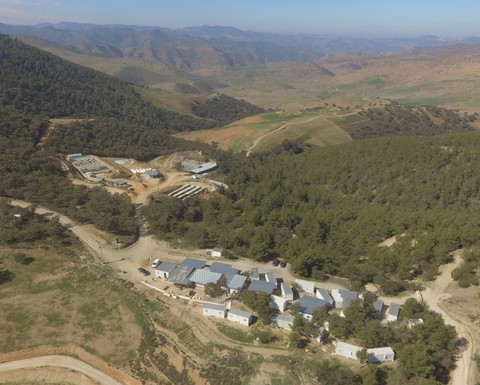 About 50 houses will need to be relocated for the tin mine.

The long-time tin contender, which has suffered more than its share of setbacks since being founded in 2005, could be delivering 1.5-2% of global tin production within 2-3 years.
The DFS considered an underground mine in the West African nation with a decade-long mine life, producing 750,000 tonnes of ore per annum at an average head grade of 0.82% tin based on reserves of seven million tonnes grading 0.82% for 58,000t, up 2000t or 4% since the last review in 2016 based on an improved cost base and revised mine plan.
Kasbah has decided to go with the a more conventional plant than that previously reviewed, incorporating the same ore sorting technology used at Renison Bell in Tasmania and high pressure grinding rolls technology to increase tin recovery to around 77%.
The mine would produce some 4,500tpa of tin in a 60% tin concentrate for the partnership of Kasbah, Toyota Tsusho (20%) and Nittetsu Mining (5%).
The project is expected to take US$96 million to develop and would have a post-tax net present value of $98 million, with a 23% internal rate of return using a tin price of $21,000/t and an 8% real discount rate.
C1 cash costs would be $9176/t with all-in sustaining costs of $11,435. Payback would be four years, however every additional $1000/t increase in tin price increases NPV and ungeared returns by around $20 million and 3% respectively.
The last review estimated capital costs of $62 million for production of 4000tpa, while operating costs have remained steady.
The DFS updates work undertaken by Kasbah in 2014, 2015 and 2016, and has confirmed Achmmach as a "world class development-ready tin project", CEO Russell Clark said.
"The 2018 DFS follows on from a number of previous studies and whilst it incorporates elements of those studies, our ability to successfully utilise ore sorting and HPGR technology in a new processing flow sheet has delivered a significant positive impact on project capital and operating costs as well as tin recovery," he said.
"This, in conjunction with a strong prevailing tin price which is predicted by the International Tin Association to be sustained or improve in the future, has resulted in this very positive DFS outcome."
Tin was last traded at $19,575.06 per tonne, and the price has come off its 2015 lows as demand grows at a time of limited opportunities in the world for new global-scale tin production from safe and non-conflict locations.
Achmmach already has most of the permits required to swing into development.
The JV is now looking to lock in offtakers, suitable EPC and underground mining contractor and financing with the aim of commencing construction in 2019 and production in 2020.
The company had hoped to get financing in place this quarter, but spent much of late 2016 and early 2017 distracted by corporate shenanigans, including management changes, a brawl with dissident shareholders over a planned merger with Pala Investments-backed AMR.
Today Pala is Kasbah's largest shareholder with 21.5%, ahead of African Lion at 13.1%.
Cash at the end of the March quarter was A$2.3 million.
Kasbah shares rose 16.7% in morning trade to A1.4c, capitalising the company at $14 million, although it is significantly down from its peak to 16c of August 2013.

Kasbah on cusp of tin riches at world-class Achmmach