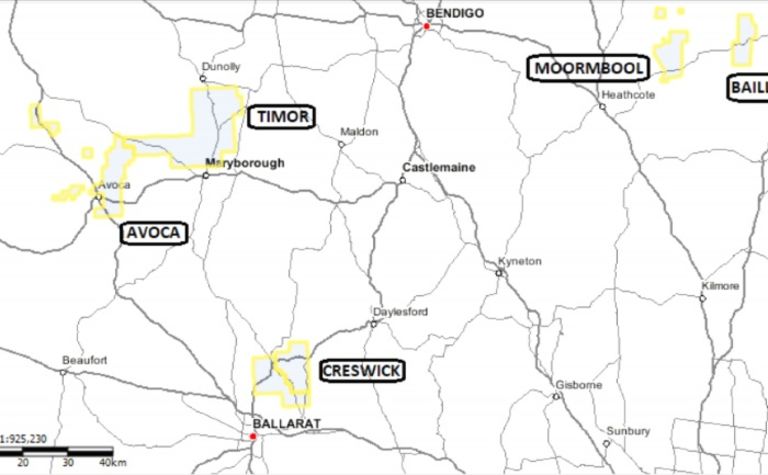 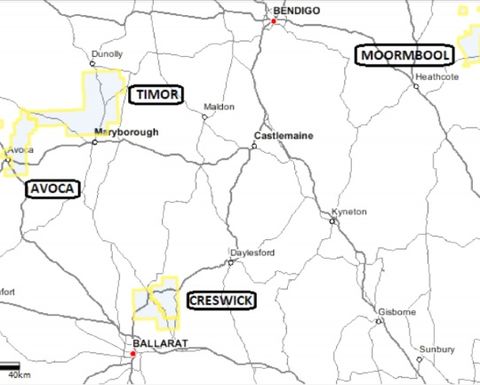 ECR said the combined licences covered 523sq.km and, once granted, would be called the Windidda gold project.
It said the application areas had been identified as a "potential greenstone hosted orogenic gold exploration opportunity with significant potential to contain Archaean greenstones buried beneath what it is believed may be shallow cover".
ECR also has exploration targets in Victoria, outside the historic gold mining town of Ballarat.
The company said the new licence applications covered a significant proportion of an identified gravity-magnetic trend with known gold prospects along trend in outcropping greenstone to the south.
ECR will not be the first to explore the area, with previous work focused on base metal and manganese deposits, although gravity and magnetic anomalies interpreted to be hosted in greenstone units beneath the cover have not been targeted before.
The company said aircore drilling across gravity-magnetic anomaly targets would be among its first moves on-site.
CEO Craig Brown said the move into Western Australia was strategic for the company, as the area had exceptional gold exploration potential in a first world operating environment.
"Greenstone-hosted gold trends in the Western Australian Yilgarn province are very tightly held and access to free ground, when it becomes available, is highly competitive," he said.
"So it is very encouraging that ECR has managed to compile a large land position of contiguous tenements covering untested gravity-magnetic anomalies representative of potential greenstone-hosted gold trends".
ECR will fund the Windidda project and other initiatives through funds raised in July and December last year.
The company's shares moved up 2.14% on the news to 0.72p (US0.82c).