Ontario’s newest gold producer Harte Gold has completed a feasibility study on its Sugar Zone mine near White River, where it declared commercial production in January. 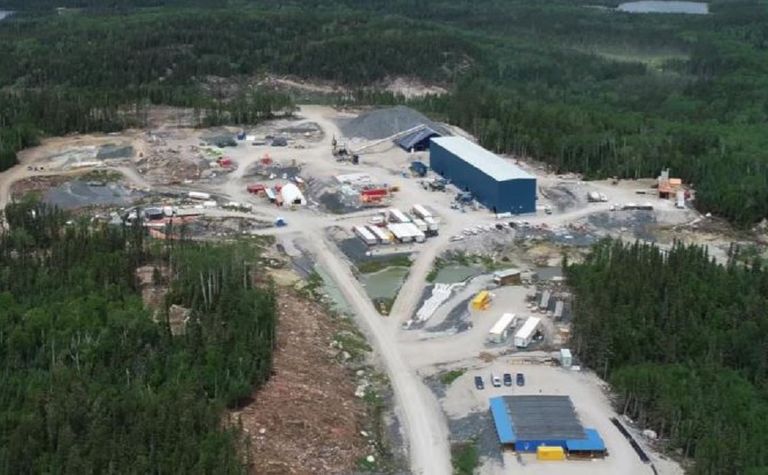 Harte Gold has developed one of the Abitibi's newest mines, the Sugar Zone in Ontario

Based on a 19% improvement in the indicated mineral resource in the main Sugar zone and a 234% increase for the Middle-Wolf zones, compared with the June PEA last year, the study envisions a base-case 800t/d operation averaging 61,000oz/y gold over a 14-year mine life.

The indicated resources from the Sugar, Middle and Wolf zones now measure a combined 4.24Mt grading 8.1g/t gold for 1.11Moz, of which 3.88Mt grading 7.1g/t for 890,000oz constitutes the probable reserve on which the mine plan is based.

Harte said the updated resource estimate was based on more than 258km of drill core from 683 holes.

The feasibility study also outlined a possible future expansion based on current mineral reserves to 1,200t/d, which would lift output to 95,000oz/y and could pare cash costs based on benefits of scale, the company said.

The feasibility study calculated an after-tax NPV, at a 5% discount, of C$266.9 million.

Harte completed construction of the existing operation late last year, and is producing doré bars and a concentrate through gravity concentration and flotation circuits, respectively. The process plant was commissioned at 575t/d, but has a nameplate capacity of 800t/d, which could be achieved through a minor permit variance.

Last week Harte said it was in advanced discussions with existing lenders and potential new financing partners to refinance its current debt facilities and was working with major shareholder Appian to deliver near-term liquidity as operations continued to ramp up.

The miner reported operations were back to plan in March following contractor equipment failures and manpower issues in January and February, which caused a temporary slow-down to mining. Unprecedented cold weather also froze water in the tailings management facility, which constrained process water supply and mill throughput.

50% increse in production, costs down