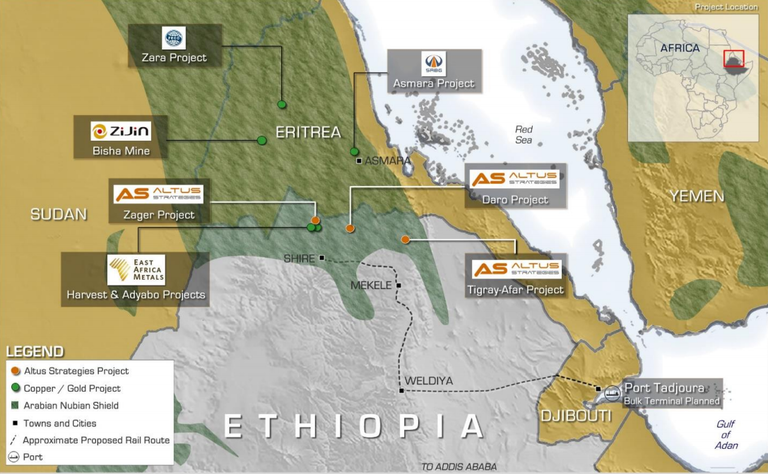 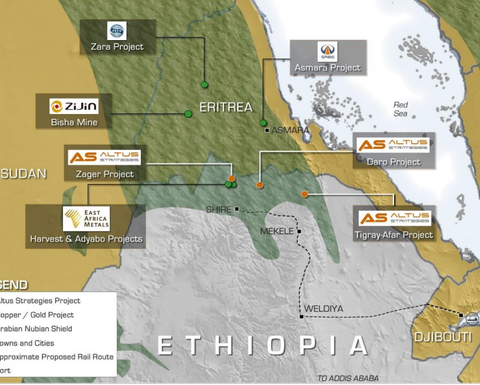 The three-year licence can be renewed twice for one year each time, subject to a 25% reduction in area upon each renewal, with further renewals possible at the discretion of the Ministry of Mines and Petroleum and subject to satisfying certain work programmes.

Altus has already identified priority exploration targets and artisanal gold workings at the licence, which is targeting VMS-hosted copper and gold deposits.

CEO Steve Poulton said the licence increased the company's strategic exploration holdings across northern Ethiopia's Arabian Nubian Shield to over 877sq.km, with the licence chosen based on in-house remote sensing study, including an extensive review of historical geological data.

"Zager is underlain by an almost identical geological terrane to that of the company's Daro project, located 80km to the east and where the company has rapidly discovered a number of encouraging copper and gold targets," he said

MRE and PEA to follow on Diba and Lakanfla project