South Africa-based Impala Platinum has walked away from an opportunity to earn a controlling stake in Platinum Group Metals’ (PTM) Waterberg project in the country’s minerals-rich Bushveld Igneous Complex. 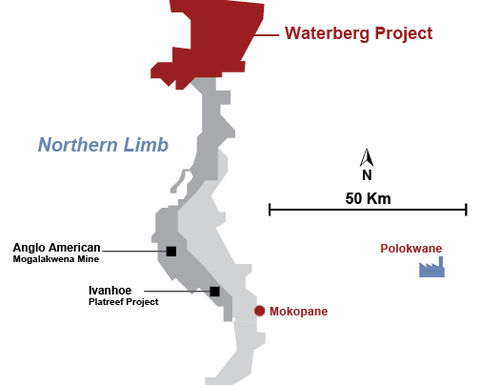 Implats said increased economic uncertainty caused by the COVID-19 pandemic had prompted the board to re-evaluate its corporate strategy.

The development is unexpected after Implats committed to spent R55 million (US$3.2 million) on exploration and had said the campaign was making "positive progress".

Impats said it would continue to fund the programme to completion by August.

The company said it wanted to remain an active participant in Waterberg, but won't receive credit at the joint venture level for the exploration spend.

Under the JV proposal with PTM, Implats had 90 days after the grant of a mining right to decide on taking up its 50.01% stake option.

PTM said it had recently received funding and strategic off-take interest in the Waterberg project from other interested parties and would continue to pursue those avenues while  mining right application work was progressing.

Early in June PTM announced a non-brokered private placement for US$2 million, but has now shelved the financing.

PTM made the initial discovery of a new section of the Bushveld Complex in November 2011. Implats owns 15% of Waterberg JV Resources, the project joint venture company, along with PTM (at 50.2%), Japan Oil, Gas and Metals National Corporation (12.95%), Hanwa Co (9.75%) and black empowerment partners Mnombo Wethu Consultants (26%).