IAMGOLD is guiding for a 16% higher capex outlay compared with its 2018 feasibility study estimate before production gets underway at the Cote project in northern Ontario. 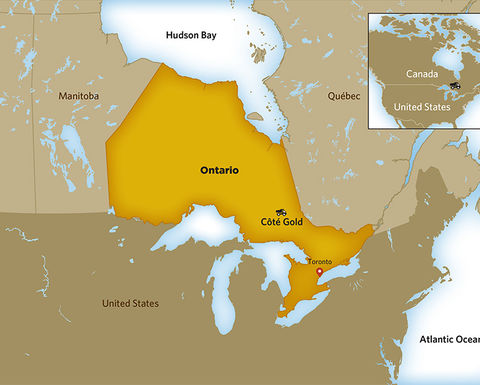 IAMGOLD is nearing a construction decision on Cote in Ontario, Canada

IAMGOLD owns 70% of the project, which it is operating in partnership with Sumitomo Metal Mining.

The Toronto-based company said it expected its share of go-forward capital to be US$875-$925 million, representing a $115-$135 million increase over the feasibility study number after factoring in $39 million in previously sunk costs.

The company announced this week Cote had received an important Fisheries Act permit pertaining to impacts on fish habitats and tailings management. It forms part of the permitting process, expected to be completed by mid-July.

IAMGOLD said Monday the partners would only consider a construction decision if they were satisfied the mine could be built in the current COVID-19 environment without the risk of disruption. Should the partners greenlight construction, work is expected to start before year end and first production is slated for mid-2023.

BMO Capital Markets analyst Jackie Przybylowski said the news pointed towards IAMGOLD readying for a "go-ahead construction decision" with the caveat that a major growth project could be viewed as a negative given investor preference for cost discipline.

IAMGOLD has to date completed advanced mine planning and additional resource and geotechnical studies, 60% of detailed project engineering, including the tailings facility, and a preconstruction camp.

The company has also undertaken detailed implementation studies on technology, including automated truck haulage and drilling.

"A key part of the future of IAMGOLD is our organic growth pipeline, starting with the Cote gold project," said CEO Gordon Stothart. "The transformative impact of Cote Gold on IAMGOLD's production profile and global cost structure, in addition to its long mine life in an attractive jurisdiction, establishes clear and compelling reasons for this project to proceed."

According to Stothart, the company's current financial capacity fully supported its organic growth plans, including US$800 million in cash on hand, access to an undrawn $500 million committed revolving credit facility, and expected stronger operating cash flows from Essakane and Westwood, and a contribution from Saramacca at Rosebel.

A 2018 feasibility study for Cote showed the project could produce 367,000ozpa gold at an average all-in sustaining cost of $694/oz over a 16-year mine life. The initial capex was pegged at $1.15 billion.

Cote has an approved environmental assessment and closure plan in place, as well as impact benefits agreements with affected First Nations partners.

Przybylowski said IAMGOLD appeared set on its course for organic growth, despite a wealth of near-term growth and development acquisition opportunities in the market. To this end, the company has completed 4,700m of drilling at the Gosselin Zone, a potential satellite pit 1.5km northeast of Cote.

The analyst maintains a ‘market perform' rating with a $4.30 price target. "Cote represents 11% of our IAMGOLD NAV (5%) estimate on an unrisked basis and 3% when timeline and execution risks are considered by application of a NAV target multiple," she said.

The joint venture partners will start construction of the US$1.3B Ontario gold project by September 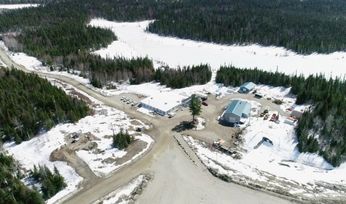 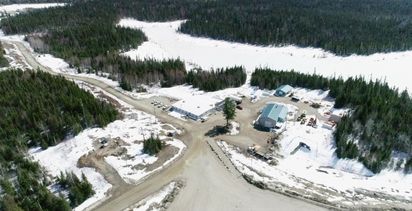