Ivanhoe Mines says first-phase development of the Kamoa-Kakula copper project in the Democratic Republic of Congo is 58% complete with underground development still setting monthly records and tracking 7.9km ahead of plan. 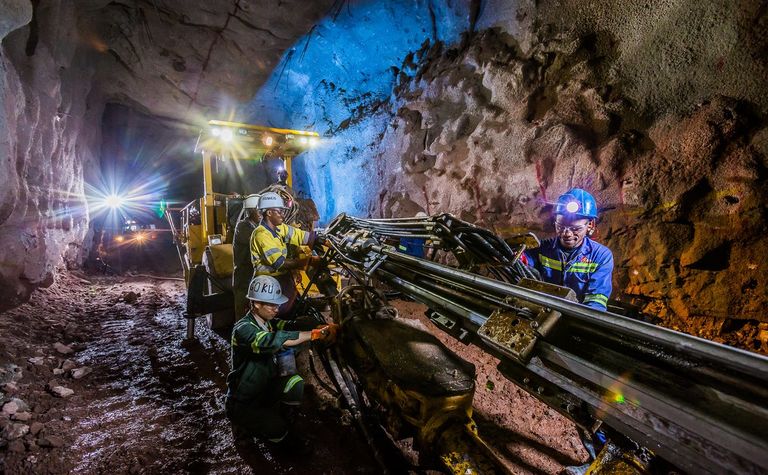 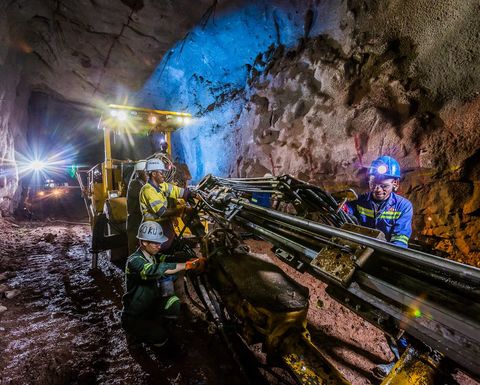 Ivanhoe has reported another underground development record in October at Kamoa-Kakula, in the DRC

The company completed 2,172m of development in high-grade ore during October, the most in a single month to date, which resulted in a 48% production lift or 194,000 tonnes of development ore grading 4.01% copper being brought to surface when compared with the September figures.

As at the latest tally, Ivanhoe has more than 1Mt of ore held in surface stockpiles at an average grade of 3.47%.

Kakula's main access tunnels are expected to connect in the next two weeks, positioning the mine to significantly accelerate volumes of high-grade ore delivered to the surface stockpiles.

Ivanhoe said Kakula's main access drives between the northern and southern declines had less than 100m remaining before they were connected in the high-grade centre of the deposit, which would allow more mining crews to undertake "highly-productive mining operations".

Construction of the project's first-phase 3.8Mtpa concentrator plant is "advancing rapidly" and now is about 28% complete. The company expects to connect the 35km 22kV powerline with the Western Dispatch substation in Kolwezi to Kamoa-Kakula by December.

First production of copper concentrate is scheduled for July next year. Kakula is forecast to be the world's highest-grade major copper mine, given the initial mining rate of 3.8Mtpa at an estimated average feed grade of more than 6% copper over the first five years of operation.