Ivanhoe’s Platreef joint venture development in South Africa could be in production in mid-2024 according to “powerful” studies released yesterday. 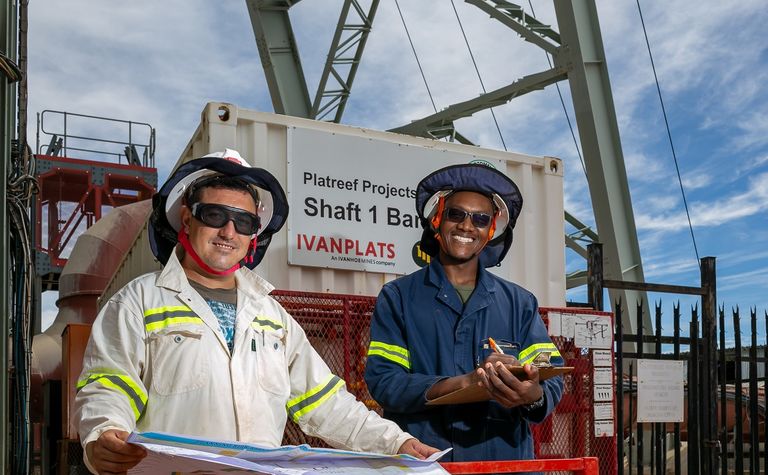 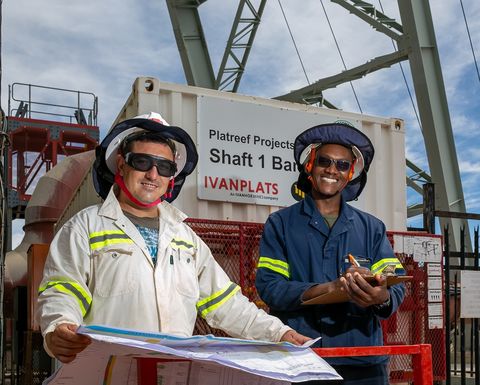 The company released an integrated development plan (IDP), comprising an updated feasibility study on becoming "a world-scale producer of critical ‘green metals'" - and a preliminary economic assessment, which looked at fast-tracking into production using a lower-cost, staged development.

The updated feasibility study took into account development schedule advancement since 2017, as well as updated costs, metal prices and foreign exchange assumptions; and increased throughput from 4Mtpa to 4.4 Mtpa to use the full processing capacity of two 2.2Mtpa concentrators.

It hinged on developing Shaft 2, targeted first production in 2025 and put initial capex at US$1.4 billion, the after-tax NPV8 at $1.8 billion and IRR at 19.8%, using long-term consensus metal prices.

The updated study forecast average annual production of 508,000oz 3PE+Au, plus 22Mlb of nickel and 13Mlb of copper, at a cash cost of $442/oz 3PE+Au, net of by-products, and including sustaining capital costs.

The PEA however put initial capex at $390 million, to mine near the recently-completed Shaft 1, deferring the Shaft 2 sinking potentially until 2025, and using an initial 770,000tpa capacity concentrator, with first production slated for mid-2024.

It put potential steady state production at an eventual 5.2Mtpa, once the two 2.2Mtpa concentrators were commissioned.

The post-tax NPV8 and IRR increased to $3.3 billion and 29% respectively, using spot rather than long-term consensus metal prices.

It envisaged a cash cost of US$460 per ounce of 3PE+Au, net of by-products, and including sustaining capital costs.

Ivanhoe said detailed engineering had begun on the mine design, 770,000tpa concentrator and associated infrastructure for the phased development plan, which would be incorporated into an updated feasibility study in 2021.

"These powerful, independent economic results mark an important step in our vision of building and operating the world's next great precious metals mine, together with our local community and Japanese partners," co-chairman Robert Friedland said.

"We have a mining licence, we have water, we have an orebody that is as thick as an eight-storey building, and we have a team of highly-skilled employees.

"We also have a 'basket' of precious metals contained in the ore at Platreef that have risen in recent years to levels in excess of $2,100/oz for platinum-group metals and gold."

Ivanhoe owns 64% of Platreef, which it discovered 25 years ago.

"With an attractive first phase of development reflected by the Platreef IDP20, Ivanhoe plans to revisit previous studies dating back to 2014 that have demonstrated the potential for Platreef to support future expansions up to 12Mtpa, producing in excess of 1.1 million ounces of palladium, platinum, rhodium and gold per year," it said.

Bringing Shaft 1 back into operation

Ivanhoe said remedial actions were underway to bring Shaft 1 safely back into operation following a fatal accident in September.

Three people had died and one was injured when a kibble bucket fell down Shaft 1 and struck the northern side of a working platform, where the four were conducting routine water-pumping activities.

The company is also developing the Kamoa-Kakula copper project and redeveloping the Kipushi polymetallic mine, at separate joint ventures in the Democratic Republic of Congo.

Production planned at South African metals project by the end of 2024, followed by expansion in 2027...

A life in resource investment