Entrée Resources is anticipating near-term cashflow as it released results from studies covering its interests in the Entrée/Oyu Tolgoi joint venture property in Mongolia. 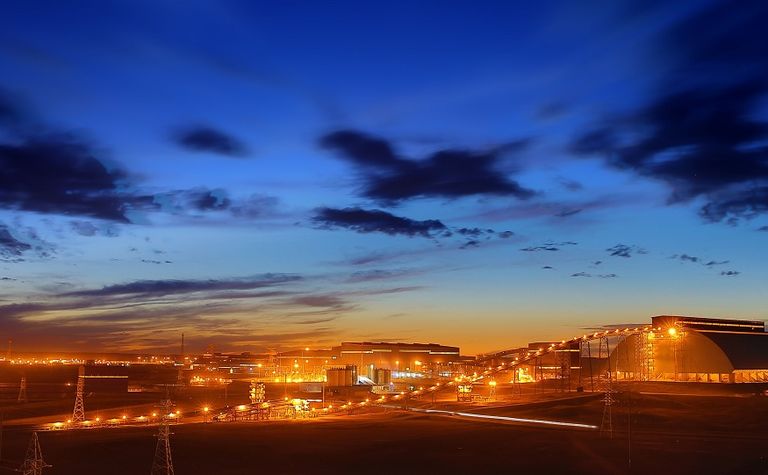 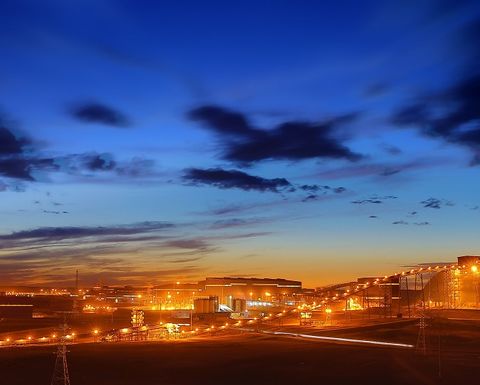 Entrée says it has a 20% or 30% participating interest (depending on the depth of mineralisation) which comprises "a significant portion of the long-life, high-grade Oyu Tolgoi copper-gold mining project".

The rest is held by Oyu Tolgoi LLC, the joint venture between Rio Tinto-controlled Turquoise Hill Resources and the government, with OTLLC fully owning other areas including the openpit.

Entrée's updated feasibility study looked at the 17-year Lift 1 mine life at the Hugo North Extension, estimating total development and sustaining capex of US$275.7 million, of which $55.1 million was attributable to Entrée due to its 20% interest there.

After-tax NPV8 was put at $114 million for the Lift 1 joint venture area.

It also released a preliminary economic assessment on Lift 2, directly beneath Lift 1, where its share of capex was expected to be $319.7 million of $1.59 billion and after-tax NPV8 was estimated at $306 million.

"Even more exciting is that, based on OTLLC's 2020 Oyu Tolgoi feasibility study, first Lift 1 development production on the Entrée/Oyu Tolgoi JV Property is expected to commence in 2022," president and CEO Stephen Scott said.

However the Rio-managed operation is still waiting on critical approvals for the undercut, which could affect capex and timing of first production from the underground project, Turquoise Hill warned in May.

Entrée noted its JVA was struck in 2004, prior to the Oyu Tolgoi Investment Agreement and the start of underground development.

The company said last month its primary objective for 2021 was to work with other Oyu Tolgoi stakeholders to advance potential amendments to the JVA, including transferring Entrée's Shivee Tolgoi and Javhlant mining licences to OTLLC.

It reported a cash balance of US$6.9 million at March 31.

The placement took Sandstorm's stake to 21.4% and Rio said its beneficial interest, due to its majority holding in Turquoise Hill, changed slightly to 17.2%.

Entrée's shares, which are listed in Toronto (TSX: ETG) and on the OTCQB, touched a one-year high of C99c in Canada intraday. 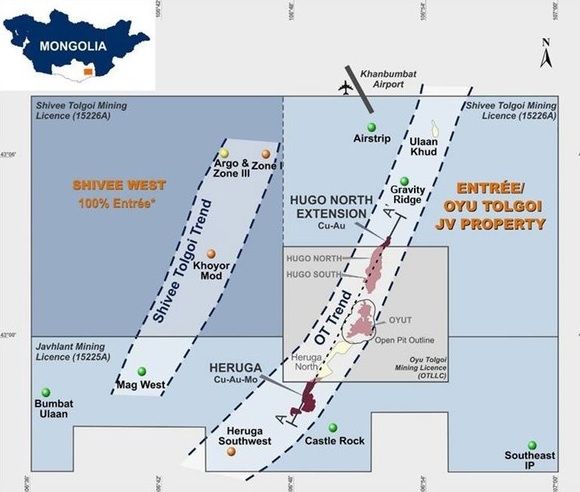 Victoria Gold production up, but not as much as expected

Victoria Gold production up, but not as much as expected