World Copper to rise on twin motors of Escalones and Zonia

Having reported a sizeable copper resource at its Escalones project in central Chile in August, World Copper has reconfigured development from a sulphide to an oxide project, CEO Nolan Peterson told Mining Journal. 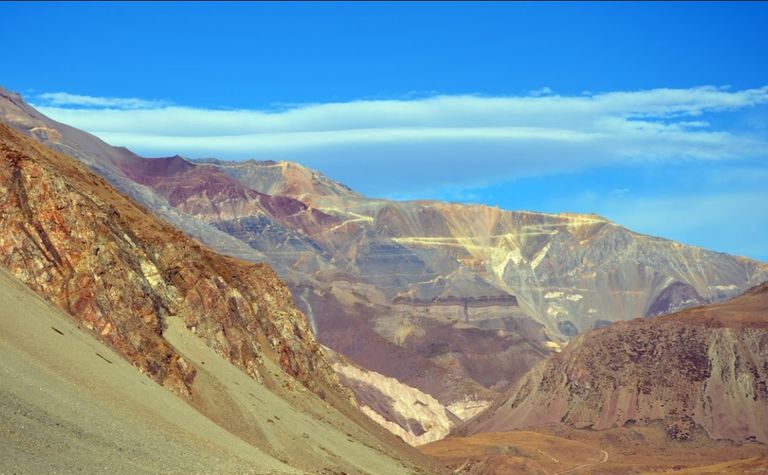 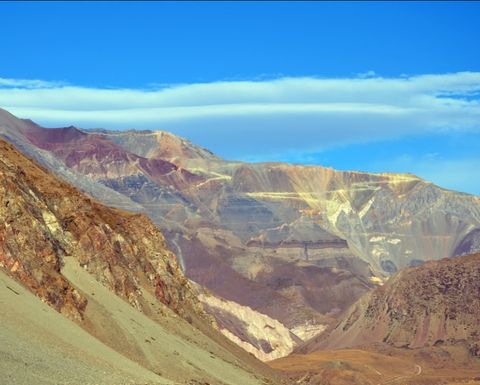 The August inferred resource was 426 million tonnes grading 0.367% total copper containing 3.45 billion pounds of copper which should be amenable to heap leaching. With only half the copper anomaly drilled to date, the company could potentially double the resource by continuing drilling to the south of the resource.

World Copper previously envisaged a sulphide project but reconfiguring to oxide opens the door to more simplified processing, with a lower capital cost with a copper grade that makes sense.

"As a sulphide project, it would have needed to be two to three times larger in order to start thinking about the economics. Previously, the project was characterised a sulphide project and people were looking at a flotation plant, which are very large, very expensive, low margin operations. For an oxide project, 0.367% is quite an attractive grade. Other mines in the region held by major players have reserve grades of 0.2%. At 426mt of oxide, Escalones is the largest primary copper oxide project in development in Chile at the moment, which makes this a game-changer for the asset and the company," said Peterson.

An oxide project also makes more sense due to its improved environmental sustainability characteristics, which results in a more viable project and one with a more straightforward permitting outlook, especially considering the drought that central Chile is experiencing.

"An oxide heap leach process uses three to four times less water per pound of copper produced. You also don't get a sulphide concentrate, which is only 30% copper, which you have to put onto a boat. Bulk shipping costs have been three to five times as much as they were just a few years ago. Then there's a pollution aspect relating to greenhouse gas emissions related to processing and smelting concentrate, whereas solvent extraction and electrowinning uses pure clean power [in Chile] to get 100% pure copper. There is no tailings storage facility so we avoid the risks involved with that. There's many aspects that make oxide heap leaching better in our minds," said Peterson.

The company benefits from the years of hands-on experience that executive chair Marcelo Awad had running Antofagasta, whose principal mine—Los Pelambres—is also in central Chile. Awad is also executive director of Wealth Minerals which is principally focused on lithium projects in Chile. The two companies also have Henk van Alphen in common, who together with Awad put together the Escalones and Cristal copper exploration properties, which were initially in Wealth Minerals, which became Wealth Copper and then the current iteration as World Copper.

World Copper followed its August resource announcement with a C$4 million financing at 40 cents before its share price jumped to 60c, confirming the market liked what it saw. Peterson is sanguine about whether the raise was under-priced or whether the company left money on the table.

"We closed it oversubscribed at $6.5 million in a non-brokered private placement primarily led in-house. We had strong interest from a variety of people including some investors who've been with us from the start and some investors who have come in as we've grown our message. We're trading at around 60c so that is a strong indication we are on the right track," said Peterson.

The funds will be used to continue the PEA work for delivery in 2022 and for drilling at Escalones at the Mancha Amarilla target to the south of the main resource with a drill programme to prove the mineralogy extends and can potentially double the resource size.

World Copper also announced a C$10 million all-stock deal in September to acquire Cardero Resource to bring int the Zonia copper oxide project in Arizona, USA, which provides both diversification as well as another asset that may battle it out with Escalones to be developed first.

"Zonia is a brownfield site that was in operation in the 1960s and 1970s produced 60Mlb of copper. It has over 90% of its original resource in place or grown over the years as other developers have looked at it. We see an opportunity to pick up an asset that is very undervalued. Cardero did a PEA in 2018 at $3/lb copper with initial capital of about $198 million which at $4/lb copper you're looking at payback in a little over a year. The PEA was done on a constrained resource. We have the opportunity to take that constraint away and see what the economics would be on the full resource size. There's also a target with potential for 300-500Mt of material that has had no drill work done on it where geophysics and surface mineralogy suggests it's similar to the main zone," said Peterson.

Shares in World Copper are trading at C61c, valuing the company at $37 million.