Fresh from selling Battle North Gold, former president and CEO George Ogilvie began doing due diligence on Arizona Sonoran Copper, and several weeks later became its president and CEO, investing C$3 million into the company. Arizona Sonoran Copper is working towards the development of an open pit, heap leach mining operation at Cactus in Arizona, USA to produce about 28,000 short tons per year of copper cathode for 18 years. 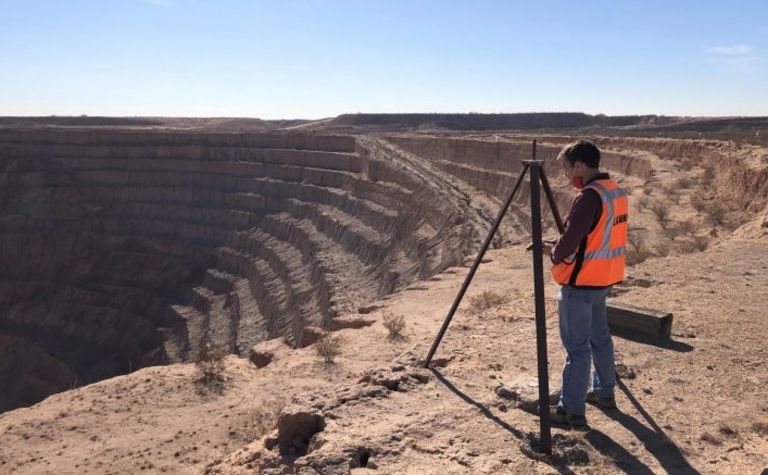 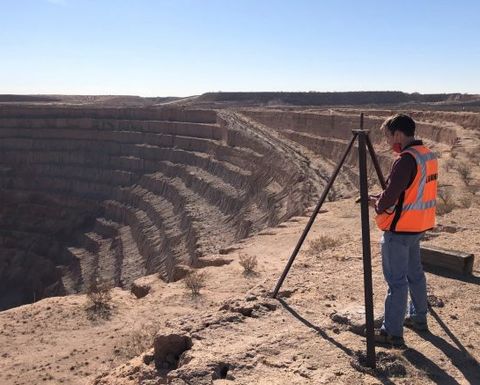 For clues as to what that may do for the company, look no further than Ero Copper, which rocketed to a C$2 billion market capitalisation through growing similar scale operations in Brazil. The market certainly sees this potential, providing C$46.7 million with its November 2021 initial public offering. Mining Journal spoke with Ogilvie to find out more.

MJ: Hi George. It's been a bit of a whirlwind 12 months for you, selling a gold developer in Canada and joining one is becoming one of the hottest new copper stories.

GO: Yes, that's correct, Paul. Although I came on board in July 2021, I was looking at this project since May 20. I know that date specifically because it was the day after Battle North gold closed the transaction with Evolution Mining. I was contacted by a headhunter and he asked me if I was interested in coming on board with a private company. At the time, he wouldn't tell me the name of the company but I was certainly very intrigued. I conducted six weeks of my own desktop due diligence and was very excited and happy to jump in with both feet. Since then, I've put in almost C$3 million of my own money into the company.

MJ: With Cactus, you've got a project that's got a resource and a preliminary economic assessment for an 18-year mine life with a US$124 million capex. You have a running start there, but beyond those number, what is attractive about Cactus for you?

GO: The jurisdiction is superb, it's Arizona, tier one mining jurisdiction. The area's well supported through infrastructure: the main Interstate 10 runs 5km east of the project, there's a main power transmission line that runs through the property, the city of Casa Grande 3km to the east has given us a strong social licence, we are between Phoenix and Tucson so access to suppliers, vendors, parts, consultants; we're beautifully possession. And from a mineralogical perspective, we're at the intersection of three main copper porphyry systems. The company already has some substantial permits in place. The key one is a permit to take water for the next 50 years at a rate of 3,700-acre feet per year. Our water balance in any one year will be maximum water consumption of 1,200-acre feet per year, so the permit is two and a half times the current mine life and three times greater than the actual water consumption required. And the land which we control is private land, which means there are no federal regulators involved, only the state and local municipal authorities which streamlines the permitting process and gets us defined timelines.

MJ: And you've just reported that you've successfully completed the rezoning of a parcel of land to industrial use.

GO: That's correct. When we started to look at this 18-year life of mine plan, we realised we didn't have enough land to accommodate all of the infrastructure. So over the course of the last year, the company's acquired an additional 2,500 acres, so we're up over 4,600 acres, more than enough to accommodate all the leach pads, the SXEW plant and so on. The land we picked up was originally zoned for residential purposes and we convinced the city of Casa Grande and Pinal county to rezone the land for industrial purposes.

MJ: The company was well-received by the market for its IPO. What does the market want to see from Arizona Sonora? What are they backing?

GO: They are backing a heap leach, SXEW mining operation which in the next two and a half years will ultimately produce grade A London Metal Exchange, copper cathode with an average annual production of 28,000, short tons over an 18-year life of mine. Multiply those two numbers together, you're going to get about a billion pounds of copper produced over 18 years. I think the market also expects the production profile to significantly increase. The current resource is over 3.5Blb of which 2.5Blb is leachable material, principally the oxide and the supergene. We're only extracting about 50% so there's lots of organic growth and I would anticipate that as we complete the pre-feasibility study in the summer, and then the feasibility study at the end of the year, we're going to see that production profile increase over and above what's currently in that PEA. When you compare our project to our peer groups, another attraction is the capital intensity. US$124 million is not a lot of money to bring a copper mine into production compared to some of our peers who are looking at several billion dollars.

MJ: It looks like you have exploration upside as well?

GO: Exploration on Park Salyer, which is 2km to the southwest of main Cactus mine, started in December. Our goal is to continue to explore their through 2022. We're entering a stage in the project where we're doing the relatively mundane PFS and feasibility studies, and sometimes there's not a lot of exciting news flow. So we believe if we can have exploration success at Park Salyer right next door, it will keep the company's news flow front and centre of the investment community. We could release a very exciting feasibility study at the end of this year and if we also came out with a maiden resource on Park Salyer in conjunction with that with maybe several billion pounds of copper adjacent to what could be a fully permitted mine that would be one hell of a story and would add significant value to our to our share price heading into 2023.

MJ: Finally George, what are some of the highlights that you're anticipating this year?

GO: We've got a PFS and a feasibility study we'd like to get out with the aim of maintaining the robust returns and economics we're currently showing within our PEA. So an after tax net present value north of $300 million and an internal rate of return above 30% using copper prices of $3.35 pound. Another key milestone this year will be the award of additional permits. We've applied for an amended aquifer protection permit which is critical, and we would expect to have that in hand towards the end of the first quarter. The next key permits relate to mine reclamation bonding and construction and development and we apply for them in the second quarter and would anticipate that by the end of the calendar year, we should have those in hand, which ties-in nicely with the feasibility study and project financing so we can start breaking ground early in 2023. Then construction and development over an 18- to 24-month period, which puts first production of copper cathode for the second half of 2024. And we would hope for exploration success at Park Salyer to add a bit of further sizzle to the story.

Shares in Arizona Sonora Copper are trading at C2, valuing the company at $140 million.