Cardinal Resources head Archie Koimtsidis believes the company will be re-rated once it secures funding for the Namdini gold project in Ghana. 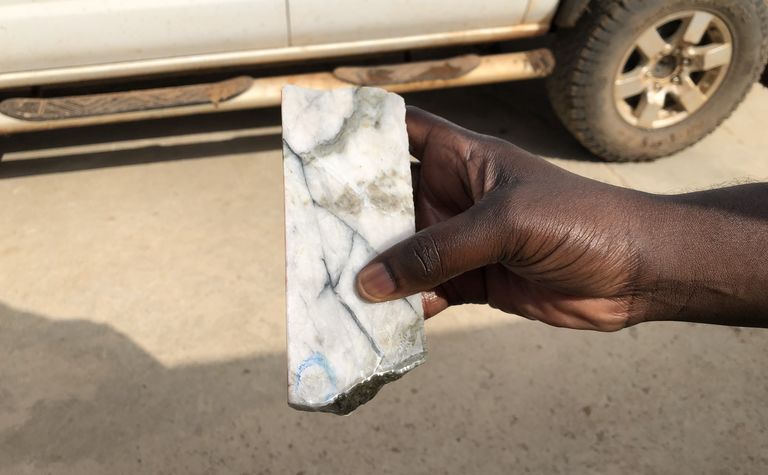 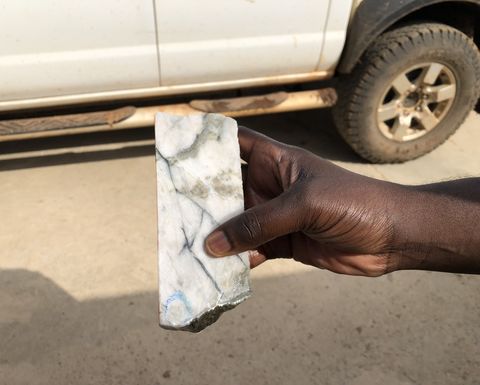 ASX-listed Cardinal released a prefeasibility study for Namdini in September last year. The study outlined production of up to 294,000 ounces per annum at operating costs of US$769/oz for a post-tax net present value of $US586 million after a capital spend of $414 million. The post-tax internal rate of return could reach as high as 38%.

Koimtsidis, who serves jointly as chief executive and managing director, confirmed a definitive feasibility study would be released in the September quarter. The study had at one point been scheduled for a June quarter release but has now been delayed in anticipation of imminent "upside opportunities".

Once the study is out, the management team will focus on the next piece in the puzzle: funding. Koimtsidis hinted that all types of funding were on the table, including debt, equity, or a joint venture. He said there were countless examples of companies experiencing exponential growth in market value the minute they get funded.

"From a market cap perspective, we're unfunded," he told Mining Journal. "Being an unfunded developer, you're rated differently to a funded developer. Funding is the key word here, because that confirms that something theoretical is going to actually be put into practice and it's been supported by the funding, which means that it will deliver gold.

"The guys that are funded or have recently received funding re-rate, because they're a step closer to being a producer."

Cardinal must first deliver the feasibility study before finalising any funding, he said. "We do have indicative term sheets based on our prefeasibility. We do have interest from senior lenders and the like … but what we need is that final study to drop so we can sharpen our pencils as far as the finance package is concerned."

For the moment, Cardinal is viewed, at least in part, as an exploration play, a part of the market neglected by investors for years. The company, which is sitting on a measured and indicated resource of 6.5 million ounces at Namdini, was valued at US$89.4 million (A$128.3 million) at the start of July.

Asked whether he felt Cardinal was fairly valued, Koimtsidis said that was "tricky" to evaluate.

"In our space, 10 years ago, the market was completely different - gold had respect. Today, investors have alternatives in the mining space and out of the mining space. There are battery minerals, marijuana, bitcoin - people can spend their money anywhere.

"Unfortunately for us, gold has been trading in a consolidation pattern or a range for quite a few years if you look at the long term."

On a positive note, the gold price has appreciated more than 8% year to date. If gold continues to build momentum, the timing could work out perfectly for the delivery of a full feasibility and de-risking in the second half of 2019.

Ghana was named the Gold Coast by its British colonisers because of the abundance of gold in the country. What nineteenth century and even twenty-first-century geologists wouldn't have believed was that an economically viable deposit would be discovered at Namdini, located in the Bolgatanga region around 600km north of the coast.

Most of the big West Africa gold projects are located in the Birmian basin, stretching from southwestern Ghana into eastern Cote D'Ivoire and up into Burkina Faso. The Namdini deposit is part of an outlying section of that basin that few explorers have given much thought to.

Ekow Taylor, principal geologist at Cardinal, says that as a geological student in Ghana in the 1990s he was told the Birmian would never be exposed so far north. "What we learned was as you go north, the Birmian goes deeper, so even if you're going to hit the Birmian it would be difficult economically," he said.

Northern Ghana may not have a rich mining history like the south, but Cardinal is fortunate it benefits from the same regulatory benefits as any other development in the jurisdiction.

Koimtsidis gives the current and previous government credit for two reasons. The first is that they acknowledged that exploration spending was moving to neighbouring countries because of increasing regulation, "so they've lightened up on that, cut a lot of the red tape out".

More importantly, in Cardinal's case, "they've been right behind us because there isn't a commercial mine in the northern part of Ghana at this level. This'll basically be the first mine and the biggest throughput in Ghana, so who doesn't want that to happen on their watch? All the mines are in the southern part of Ghana so this will be of huge economic benefit to the north of Ghana."

In terms of permitting, Cardinal expects to have an environmental impact statement approved by the end of this year. It is also waiting for parliament to ratify a stability and development agreement. A 2016 amendment to Ghana's Minerals and Mining Act allows companies investing at least $500 million to request such an agreement with the government.

Koimtsidis also has a personal reason for wanting to see Namdini succeed: he has been connected to northern Ghana since being involved in initial discoveries in the Bolgatanga area around 25 years ago. He and his colleagues returned to Ghana many times in the 1990s and 2000s, and things started getting serious 10-15 years ago. In 2012, Koimtsidis and his team were sufficiently confident of the market potential to list Cardinal on the ASX.

It is partly due to this intimate connection that Koimtsidis and his team take the concept of social licence so seriously.

"Myself and my team have over 20 years of history [in Ghana]. We have our hands in the same food bowl as the locals. You can't buy that. You earn that right. And by earning that right, you have peace and harmony and good understanding.

"When you break it down to a local level, being respected and continuing to earn your stripes is what makes or breaks a project. You can call it social licence if you like but I call it a community development project, a relationship that's been going for many years, that we all subscribe to."

He continued, "My problem is not the project itself, technically it's sound, robust, it'll get built. It's not about any of that. It's about the expectations that are set at a local level with all the traditional councils, the owners of the land, even the local people who have expectations of being employed one day.

"Someone described it to me last week as a 25-year overnight success. People are very patient where we are because they understand these things take time. How we manage that expectation is [important], because I know how poor and impoverished that area is, and how the people are looking forward to jobs not for themselves but for their children and grandchildren that are in the pipeline.

"That's a key point for us: making sure that our social licence is maintained."

With a deep knowledge of the area comes a deep understanding of the geological structure. According to Richard Bray, principal geologist, Namdini is a fairly standard epithermal deposit. He said the team had an understanding of how it related to other gold deposits in Ghana and Burkina Faso and to broader regional structures.

Namdini has a 5.1 million ounce proven and probable ore reserve estimate from 138.6 million tonnes grading 1.13 grams per tonne gold. The most notable thing about the reserve is that it's all contained in one pit, making it the equivalent of four or five mines in neighbouring Burkina Faso, by Koimtsidis' estimate.

Bruce Lilford, project manager, said Cardinal was fortunate that the processing involves a conventional "crush, grind, float," flowsheet, a common route in the gold industry. Most of the gold resides within pyrite, which floats quickly according to Lilford.

Not content with just the Namdini deposit, Cardinal is looking to feed in ore from satellite deposits in the nearby Ndongo licence area. According to Koimtsidis, exploration has revealed a core of about 400-500m of mineralisation that could extend to more than 1km. The purpose of the exploration is to make shallow, higher-grade discoveries that can be trucked to Namdini and fed into the mill. If higher grades are found, it would help with the economics of the Namdini project and extend the mine life beyond the current 15 years.

Additional discoveries or not, Koimtsidis said Cardinal Resources was definitely a takeover target because "it's been bandied around that takeover targets for tier-one companies need a 5Moz reserve and greater than 15% internal rate of return to be appealing".

If someone does make an approach, Koimtsidis said the door would be open. He added that strong mineral reserves were the key to attracting a bid.

"Reserves are depleting. Every ounce that comes out of the ground needs to be replaced, and at what rate that gets replaced is the big question. Any producer is only as good as its mine life and reserve, hence why exploration can't be neglected in anyone's mind - and exploration over the past five to eight years hasn't occurred at the rate it should have occurred.

"We've been exploring and we've come up with more than 5Moz. But a lot of companies have fallen by the wayside because investors weren't supporting them. We're going to hit an inflection point where they [tier-one companies] are going to become aggressive to try and replenish reserves. How they do that, [it could be] through acquisitions or through internal exploring, but definitely it needs to be addressed."