This week 120 years ago, two young honeymooners were on their way from California to China and a lifetime of adventure. 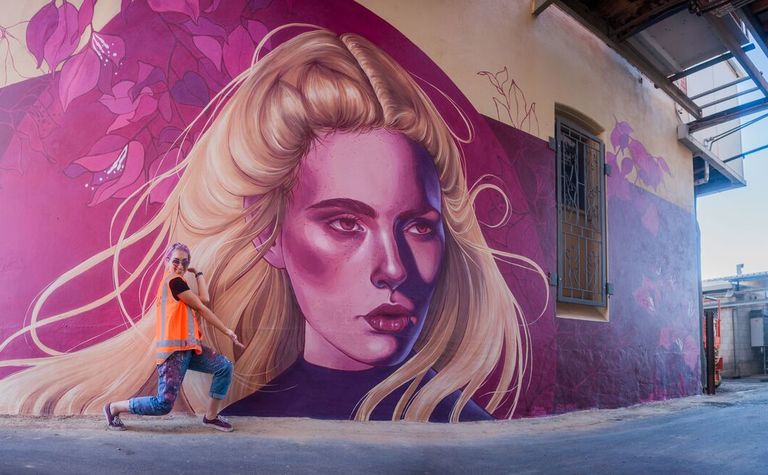 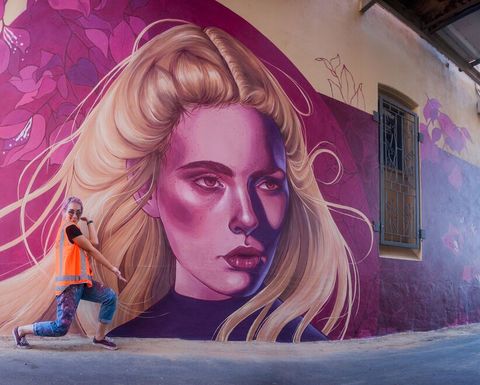 “A Lovers’ Promenade” by Sarah McCloskey. Photography by Billy-Ray Stokes

One had recently left Australia after making a name for himself in the Leonora goldfield of Western Australia. The other had just graduated as the first female geologist from San Francisco's Stanford University.

Together, Herbert Hoover and Lou Henry would forge a partnership of high achievement.

Three decades later, the brash mining engineer Herbert would be the 41st president of the United States.

The athletic, academically-gifted, Lou Henry, with a command of five languages including Latin and Mandarin, would be the model of the modern US First Lady. A consummate networker and charity supporter she also helped establish the US Girl Scouts.

The two 25-year-olds were sailing to China for fortune and fun, but the young couple would have to seek shelter during the violent attacks of the Boxer Rebellion sweeping through the country.

After two years in Tianjin, the Hoovers established a new home in London, to raise a family, become publishers and help create a little company called Zinc Corporation.

Herbert with financial connections in London and Melbourne acquired the tenements and mine tailings around the silver city of Broken Hill in the hope of cracking the code to extract valuable zinc and lead from the troublesome ores. Zinc Corp would become the Z in RTZ, today known as Rio Tinto.

In London Lou led the translation of the 350-year-old Latin bible of engineers, miners and alchemists, Georgius Agricola's De Re Metallica or "Of the nature of metals".

As a co-founder of the Mining Magazine in 1909, Herbert published the 680-page translation and gave away most of the first edition copies to libraries, selling the rest to the general public.

A copy of the beautifully calfskin-bound version sits in pride of place in Melbourne in the offices of the Australian Institute of Mining and Metallurgy (AusIMM).

Herbert's action-orientated mindset saw him lead humanitarian relief efforts from London to Belgium and Eastern Europe during WW1. A decade later he would be US President.

Returning to the US after WW1, the Hoovers settled down among the tall timber of Palo Alto in the San Francisco bay district, home today to Google, Apple, Facebook and Tesla.

A 2004 biography "Lou Henry Hoover, Activist First Lady" says it all. The energetic and outdoors-focused Lou would become vice president of the National Amateur Athletic Federation and a member of the American Association for the Advancement of Science.

She loved technology, being one of the first to shoot Kodak home movies and use radio as a First Lady to talk to the American public including a speech to the Daughters of the American Revolution.

Lou Henry once said she "majored in geology in college but have majored in Herbert Hoover ever since.".

Forty-five years of marriage would end with Lou's death in 1944.  Her work and papers were prolific, with some 182 linear feet of papers housed at the Hoover Presidential library.

Herbert lived to be 90 with the Hoover Dam in Nevada named in his honour.  In San Francisco, at Stanford University is the Hoover Institution, this year celebrating a century of promoting private enterprise and protecting the peace.

Herbert Hoover's connections with Australia are strong. So too are the myths.

In the foyer of Kalgoorlie's famous Palace Hotel is the ornate Hoover Mirror and a love poem allegedly penned by Herbert to a barmaid decades after he had returned to America.

The poem was the inspiration for a vibrant mural in the lane way near the Palace Hotel painted by artist Sarah McCloskey for last year's Heartwalk art exhibition in Kalgoorlie.

The love poem reads in part:

"Do you ever dream, my sweetheart, of a twilight long ago,

Of a park in old Kalgoorlie where the bougainvilleas grow,

Where the moonbeams on the pathways trace a simmering brocade,

And the overhanging peppers form a lovers' promenade?

Years have flown since then, my sweetheart, fleet as orchard blooms in May,
But the hour that fills my dreaming, was it only yesterday?

While the starlight-spangled heavens rolled around us where we stood,

And a tide of bliss kept surging through the current of our blood.

And I spent my soul in kisses, crushed upon your scarlet mouth,

Oh! My red-lipped, sunbrowned sweetheart, dark-eyed daughter of the south.
You have wed some southern squatter, learned long since his every whim,

Soothed his sorrows, borne his troubles, sung your sweetest songs for him.

I have fought my fight and triumphed, on the map I've writ my name,

But I prize one hour of loving, more than fifty years of fame."

Historians have summarily dismissed the poem's authenticity, veracity and tone.

But with Valentine's day upon us it is worth remembering the loves of a lifetime - be it Herbert and Lou, or the bard who penned a paean to a Kalgoorlie barmaid.

*Simon Jemison is a former journalist and media consultant.