Quebec gold explorer Bonterra Resources (TSX-V: BTR) continues to report consistent drill intercepts from the Gladiator project area on the Urban Barry Greenstone belt (near where Osisko Mining is reporting high-grade gold hits from deep drilling), with a 2m intersection of 30.5g/t said to have demonstrating continuity of mineralisation down-plunge on the Gladiator South Zone. 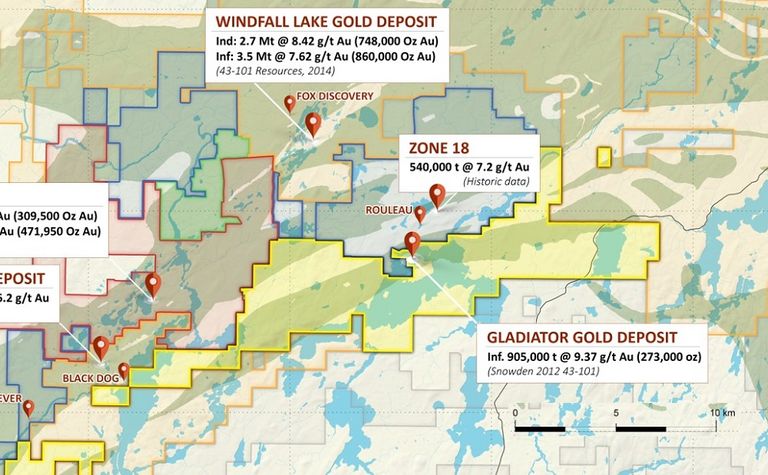 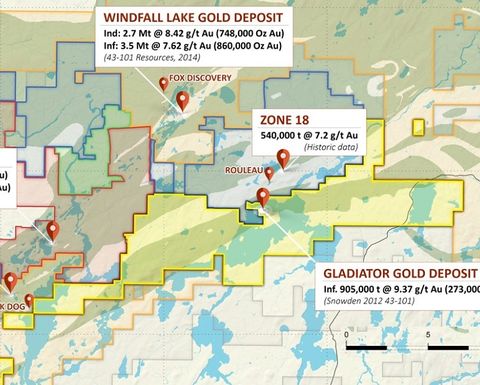 Bonterra has established a modest inferred resource of 905,000t grading 9.37g/t at Gladiator, in the Abitibi Subprovince. It has five drill rigs completing infill and step-out drilling ahead of a planned resource update in the December quarter this year.

President and CEO Nav Dhaliwal said this week the resource extension drilling "continues to be extremely successful" in terms of demonstrating high grades east and west of the existing deposit, and down-dip.

"Most [significant] … is how well we have shown continuity down dip and along strike for all five of the primary zones to date," he said.

"High grades that were encountered on both the west side of the deposit and the down plunge of the east side are obviously significant to the deposit as a whole."

Dhaliwal said the results were showing the "predictability" of mineralised zones in the areas being drilled.

The company had confirmed continuity of mineralisation over a total drilled strike length on at least four horizons (North, Footwall, Main and South) of 1,200m, to depths of 1,000m and more.

Bonterra announced earlier this month it had entered into an option deal with Beaufield Resources (TSXV: BFD) to buy and earn up to 70% of 81 claims covering 3,590 hectares on the Urban Barry Greenstone belt, immediately north of the Gladiator area.

Bonterra needs to issue 4 million of its shares to Beaufield, pay C$750,000 within three years, and spend $4.5 million on exploration at the Duke property over three years.

Dhaliwal said the deal covered a "narrow inset of claims that interrupt the western continuity of claims in the Gladiator region known as The Gap". The land featured "numerous gold showings with expansion potential including Lac Rouleau and Zone 18".

Bonterra has also recently announced the acquisition of Metanor Resources (TSXV:MTO) in a C$78 million transaction that will give it more southern Urban Barry Greenstone belt ground, an "expandable" (small) mill, and Metanor's Larder Lake gold project in Ontario that is proposed to become the main asset in a spin-off vehicle.

The acquisition, reportedly backed by Metanor's heavyweight major shareholders, is due to close in the current quarter.

"The pro forma company will have approximately C$32 million in cash on hand, after the spin-out, to further advance the Gladiator project to production, and increase production at Bachelor and Barry," Bonterra said.

The junior has a current market value of C$92.53 million, trading at similar levels (circa 40c) to a year ago. The shares changed hands at 66c in November last year.

Resource update and PEA on the way