The National Union of Mineworkers (NUM) has signed a new gold wage agreement with AngloGold Ashanti, the only major South African gold company to so far completely avoid a strike. 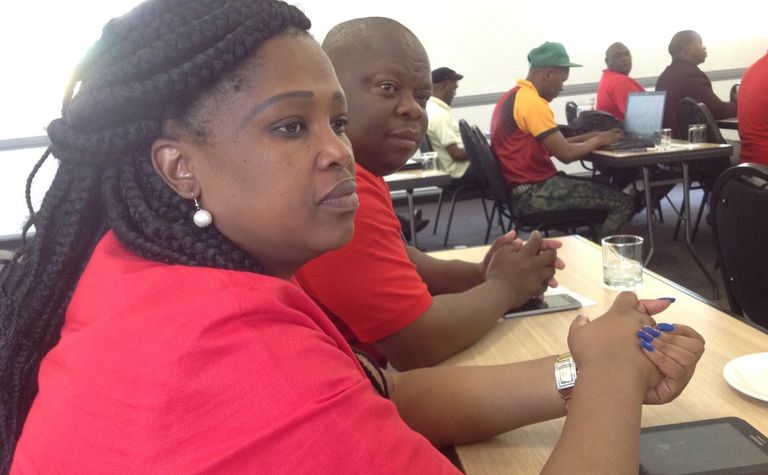 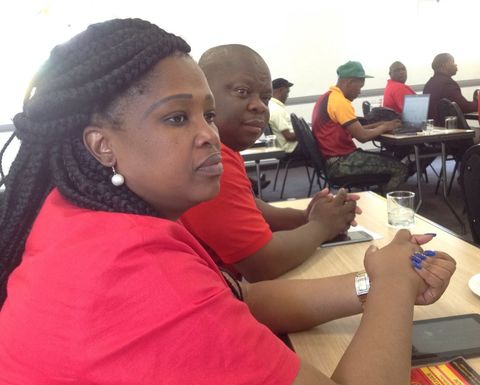 The NUM at the September 20 wage negotiations

Three other companies are still struggling to come to an agreement with all four mineworkers' unions, with Harmony having tabled its final offer and Sibanye-Stillwater and Village Main Reef continuing negotiations.

As discussions continued under the eye of the Commission for Conciliation, Mediation and Arbitration (CCMA) Wednesday, the NUM agreed to the same wage agreement AngloGold concluded with the Association of Mineworkers and Construction Union (AMCU), UASA and Solidarity last week.

The three-year agreement backdated to July 1 increased the basic wage of category 4-8 employees by R700 (US$46.74) in the first year, R800 in the second and R900 in the third, while miners, artisans and officials agreed to an increases of 5.5% for each of the three years.

As with the other unions, revised shift arrangements were also agreed, making provisions for a shift arrangement increase of R300 in the first year, R200 in the second and R100 in the third for category 4-8 employees and 1% each year for miners, artisans and officials.

The NUM thanked its members for giving the mandate to sign the wage agreement.

"The NUM will continue waging a relentless struggle to improve better wages and working conditions of all mineworkers in South Africa," it said.

Negotiations between the unions and the remaining three companies will continue on September 26.