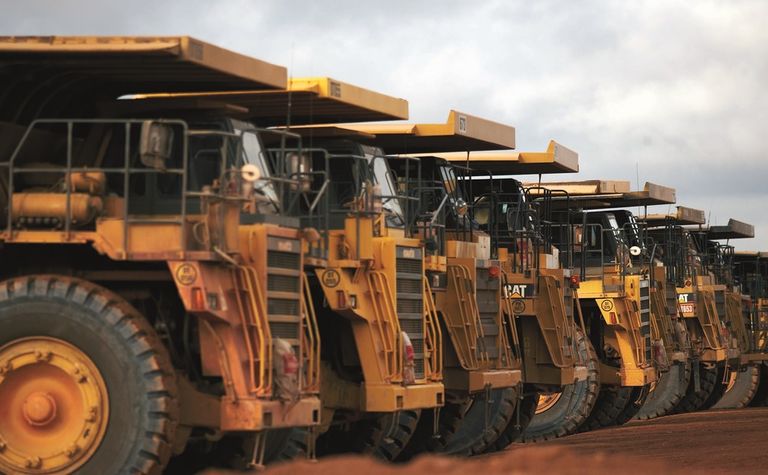 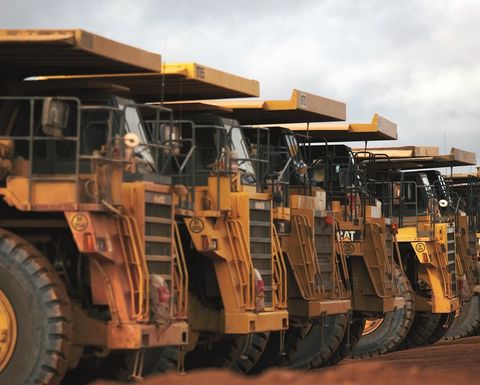 The Denver, Colorado-based company said adjusted earnings, which exclude special items for the December quarter, were higher at US$214 million or 40c per share, compared to $206 million or 38c per share in the year-earlier period. Analysts expected earnings of 25c.

Revenue in the quarter rose to $2.05 billion compared to $1.94 billion in the same period last year, boosted mainly because of an 8% year-on-year increase in attributable gold output to 1.44Moz.

The company produced 11,000t of copper, relatively flat compared to a year ago.

Newmont's full-year production was 5.1Moz, in line with its forecast, and AISC of $909/oz beat guidance.

Newmont is expected to surpass Barrick Gold as the world's top gold producer once the proposed $10 billion acquisition of rival Goldcorp has closed in the June quarter. Its production profile was also bolstered during 2018 by strong momentum within its portfolio-wide organic growth projects.

"This performance gave us the means to complete expansions in the US and Africa, advance projects and exploration on four continents and pursue an agreement to create the world's leading gold business as measured by assets, people, prospects and value," CEO Gary Goldberg said on a conference call.

Stockholders will vote on the proposed mega-merger during meetings scheduled in April.

Goldberg said the new entity, to be known as Newmont Goldcorp, would have a value proposition unparalleled in the industry.

"We expect $100 million in annual pre-tax synergies primarily through G&A and supply chain savings. Our full-potential continuous improvements have a track record of delivering about $75/oz once fully ramped-up. We expect to deliver on the total value creation potential of more than $2.5 billion," he said.

The company will provide updated 2019 guidance in due course, expected after its Goldcorp acquisition has closed. However, Newmont guided for 2019 production of 5.2Moz at AISC of $935/oz, unchanged from the December estimates.

North America production is expected to be 1.9Moz in 2019 as higher-grade production from Northwest Exodus and Twin Underground are offset by the depletion of Silverstar ore at Carlin and lower gold production at Phoenix, as mining shifts to higher copper-grade ore from the Bonanza pit.

In South America, Newmont expects to produce 650,000oz in 2019 as productivity improvements at Merian offset the transition to harder ore.

Australia production is expected to be 1.5Moz in 2019 thanks to higher grades and throughput and productivity gains at Tanami. This would be offset by lower mining rates at KCGM following the wall slips and the continuation of stripping at Boddington, the company said.

Newmont continued to advance studies for a second expansion at Tanami and expects to reach a full-funds decision in the second half of 2019, it guided.

In Africa, production is expected to be 1.1Moz in 2019, underpinned by a full year of production from Subika Underground, higher grades from the Subika openpit and improved mill throughput in the second half of the year with the mill expansion.

Newmont also reported its consolidated gold reserves fell to 65.4Moz for 2018, compared to 68.5Moz at the end of 2017. Despite new additions totalling 6.7Moz exceeding the company's target, the gains were offset by negative revisions of 3.6Moz and depletion of 6.1Moz, Newmont said.

Copper reserves increased by 7% to 1.3Mt.

Newmont has earmarked 9% more exploration funding for 2019 at $250 million, as the company continues to focus on growing reserves and resources over the longer term.

The company said it ended the year with $3.4 billion cash in the till and net debt of $900 million.

Goldberg said the company returned $400 million to shareholders during 2018 through its dividend and share repurchases. Newmont announced on Wednesday a quarterly dividend of 14c per share, in line with previous quarters.

Newmont has gained about 3% in New York year-to-date. On Thursday, the equity traded in a narrow band despite significant volume at the $35.61 level, which was 26c or 0.73% higher, capitalising the major at $19 billion. 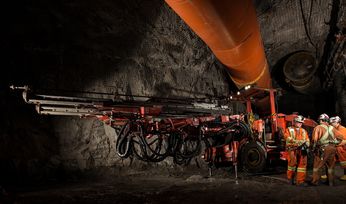 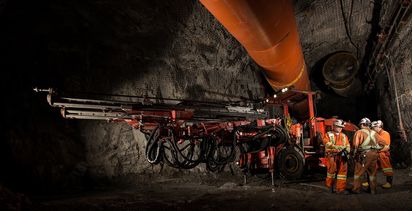