Orla Mining (TSX:OLA) has filed a final short form base shelf prospectus to make offerings of up to C$300 million as it advances its Camino Rojo gold oxide project in Zacatecas, Mexico towards a construction decision. 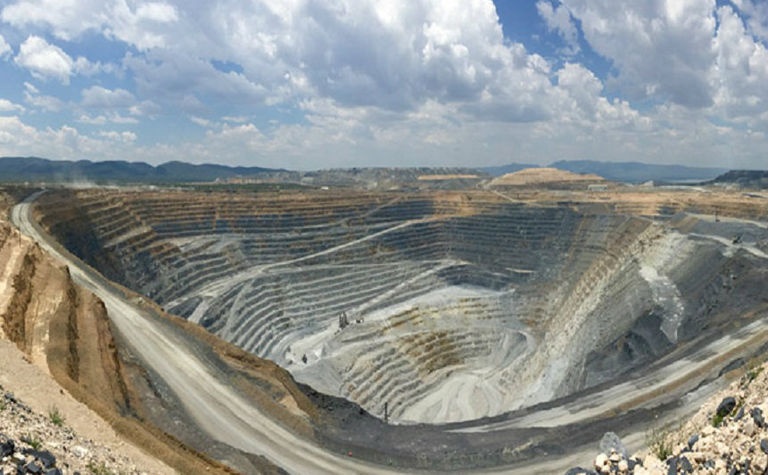 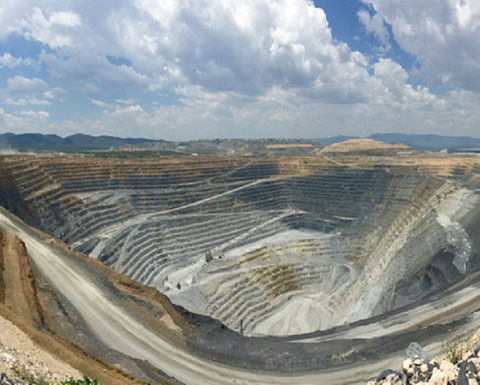 The planned pit at Orla's Camino Rojo project in Mexico

Orla can offer any mix of shares, debt securities, subscription receipts, units and warrants during the 25 months the prospectus is valid. It says it has no immediate intentions to issue new securities.

But proceeds of an issue are expected to go towards advancing development of Camino Rojo and/or the Cerro Quema gold project in Panama.

Orla has also filed an amended preliminary economic assessment (PEA) for Camino Rojo while it continues working on a feasibility study for the project, which is expected to be completed by the end of the June quarter. Assuming a construction decision is made during the second quarter, the mine build would start in the second half of 2020 following receipt of necessary permits, with an initial gold pour slated for the second half of 2021.

Orla says an openpit mine and heap leach operation exploiting near-surface oxide and partly oxidised material could achieve daily throughput of 18,000 tonnes a day to yield 97,5000 ounces a year at AISC of US$555/oz after initial capital investment of $125 million. The project would have an initial seven-year mine life.

The company says the plan generates an after tax net present value of $121 million at a 5% discount rate, and an internal rate of return of 24.5%.

Camino Rojo has an oxide mineral resource of 2.4Moz within a global measured and indicated resource of 9.7Moz including deeper sulphide resources.

Orla makes progress towards first mine