US Gold appoints Zinke to board

Gold exploration junior US Gold has appointed former congressman and secretary of the interior Ryan Zinke to its board of directors. 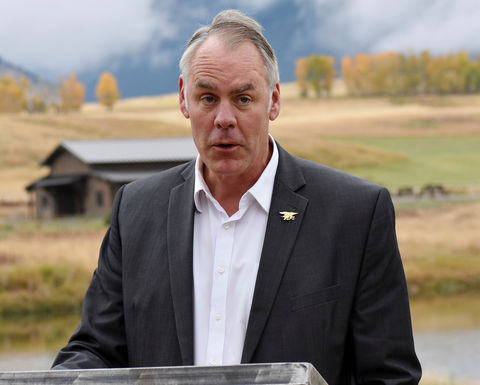 Ryan Zinke joins US Gold board

Zinke holds a BSc in geology and an MBA. He is a former US Navy Seal, former senator and representative for Montana who served on the House Natural Resources committee. As a member of Congress, Zinke opposed various environmental regulations and the transfer of federal lands to individual states.

In 2016, became secretary of the interior within the administration of president Donald Trump where he was the principle architect of the American Energy Dominance policy, including opening more federal lands for oil, gas and mineral exploration and extraction.

However, Zinke was a controversial figure who was investigated by the Interior Department's Office of Inspector General on ethical issues, which subsequently referred the case to the Justice Department. This ultimately resulted in president Trump replacing him in December 2018 by his deputy David Bernhardt.

"As the former secretary of the interior and a geologist, Zinke has an in-depth knowledge of the governmental regulatory and permitting process for mining and exploration companies. We look forward to his future contributions to the overall Board, technical committees and permitting assistance with our Copper King project in Wyoming," said president and CEO Edward Karr in a statement.

"I am confident my prior experience can add tremendous value to the company. I am excited to work closely with management and the Board to help make mining great again in America," said Zinke in a statement.

US Gold has projects in Wyoming and Nevada. Its principal project is Keystone, a Carlin-type gold deposit in Nevada's Cortez Trend.

Shares in US Gold (NASDAQ:USAU) are trading at US$1.05 valuing the company at $20 million. Its share price has increased 12% so far this year.

Glencore appoints ex-Anglo CEO to board