Tinka Resources and Miramont Resources are both starting new drilling programmes at their respective projects in Peru. 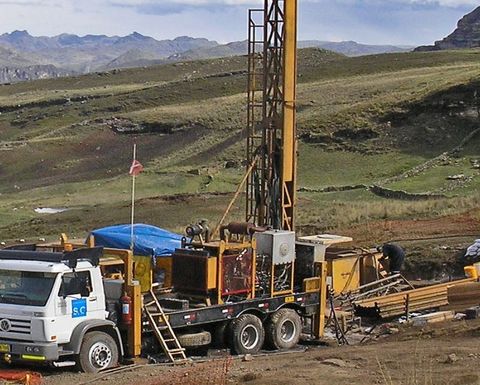 Drilling to resume at Ayawilca in Peru

Tinka will drill up to 10,000m using two rigs at its Ayawilca zinc project in central Peru, which includes infill drilling and deep drilling at West and South Ayawilca to test for structural repetitions of high-grade zinc mineralisation in limestones beneath existing zinc resources.

At least six holes, each to an average depth of about 600m, are planned to test for deep limestone-hosted zinc mineralisation beneath the current resources at West, South, Central and East Ayawilca.

Some of these holes will also serve as infill holes within the existing shallow resource on their way to depth.

"Ayawilca is already one of the largest undeveloped zinc projects in the Americas, but additional discoveries nearby our current resources could ultimately add significant value to the project," CEO Dr Graham Carman said.

A preliminary economic assessment for Ayawilca is on track to be completed by the end of the June quarter based on a November 2018 mineral resource estimate.

Recent metallurgical test work focused on carrying out variability tests across the zinc zone. Some of the zinc mineralisation is pyrite rich, while other areas are pyrrhotite rich.

Meanwhile, Miramont has announced it will start a phase two diamond drill programme at its Cerro Hermoso gold-polymetallic project in southern Peru in May.

Nine holes averaging about 400m deep, are planned to follow up on the results of an initial nine-hole programme conducted earlier this year, which encountered several intervals of significant mineralisation including 249m grading 0.68g/t of gold equivalent.

Miramont's stock jumped in early March after the company showcased drill core at the Prospectors and Develops Association Conference in Toronto, but it dumped with similar velocity once drilling results on six holes were published with spotty results, diving from C$48c (US36c) to $16c with over 6 million shares traded on the news.

The initial drilling programme showed there is promise at Hermoso and Miramont believes this mineralisation remains open to the southeast, east, northeast and at depth.

"We are also hopeful that we might see increasing grades within areas that remain open.

"Phase two drilling is designed to more thoroughly evaluate the potential for a large, disseminated body of gold-polymetallic mineralisation by maximising the footprint of exploration," he said.

Shares in Tinka Resources (TSXV:TK) opened almost 5% higher Tuesday at C34c valuing the company at $85 million. Its share price has increased 3% since the start of the year.

Shares in Miramont Resources (CSE:MONT) are trading at C17c valuing the company at $9 million. Its share price has fallen 56% since the start of the year.