Arizona heap leach gold producer Northern Vertex Mining Corp has booked a modest operating profit for the March quarter as gold production hit a circa-25,000oz gold and 116,000oz silver annual run rate in the month of March at the Moss Mine. 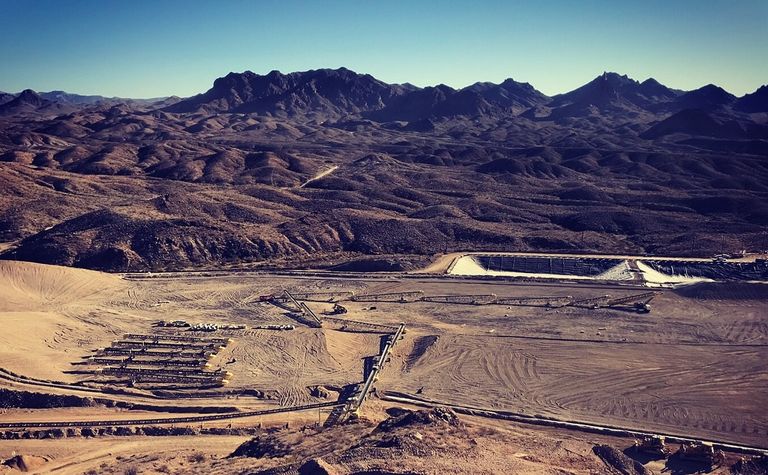 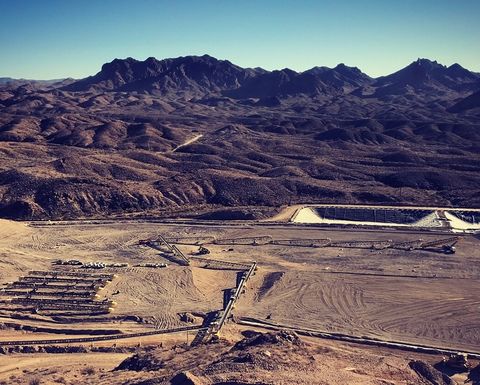 The Moss gold-silver mine in northern Arizona

The company said gold and silver sales of US$8.58 million for the period coupled with $2.67 million proceeds of a non-brokered private placement of 14.6 million shares at C24c enabled it to generate $2.4 million of "mine" earnings, before depreciation and depletion. After debt and interest payments it booked a US$1.33 million loss for the quarter.

Production of 2,135oz gold and 9,702oz silver in March set a new monthly record and
"new gold production highs are expected to continue during the months ahead as operational improvements are implemented and take hold", Northern Vertex said this week.

"This was evident in April's production results at the Moss Mine as the number of gold and silver ounces increased to 2,247 and 12,885, respectively."

Northern Vertex had US$6.3 million cash at hand at the end of March.

The company's shares (TSXV: NEE) closed at C16c Thursday, capitalising it at $39 million. The shares are down about 40% since the start of 2019.

First Quantum will be among first Toronto-listed firms to report

Northern Vertex has 'house in order' for growth