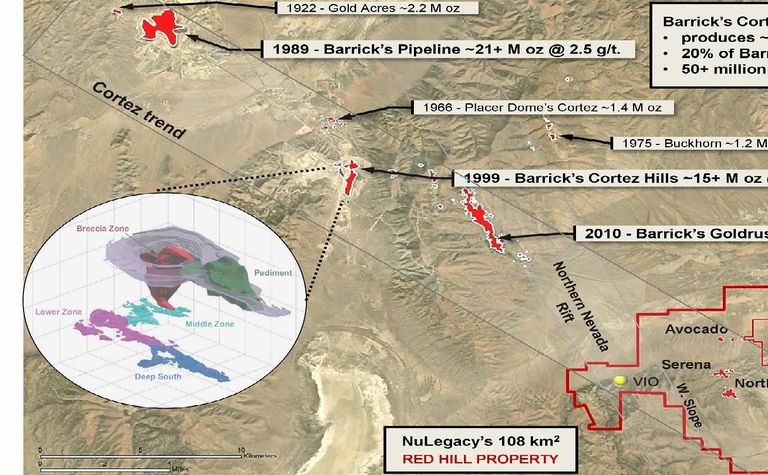 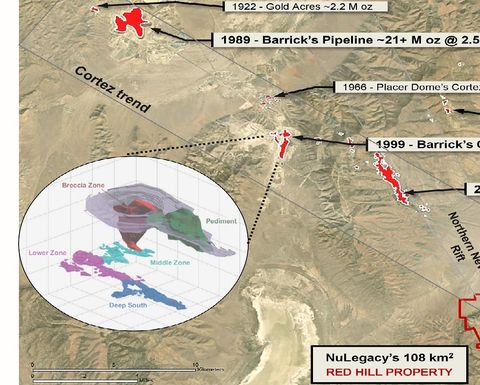 The company, which has a current market value around C$28 million - 25% less than at the start of the year and less than half what it was last August - hasn't been able to generate a resource for Red Hill though it claims to have made a significant technical breakthrough.

"When we started out on this adventure to find a Carlin-style deposit on the Red Hill property - back when the Canadian dollar was at par with the US dollar - we were drilling shallow reverse circulation holes [750ft-1,000ft] into the near-surface Iceberg targets," Matter said in a note to investors.

"While we had some reasonable initial success, we were not able to generate a meaningful measurable gold resource."

But with the help of former Barrick Gold geologists Ed Cope and Charles Weakly, NuLegacy's exploration in the past two years had increased understanding of the project geology and produced a "breakthrough analysis evidencing both structural and stratigraphic connectors between NuLegacy's Red Hill Carlin gold systems and Barrick's Goldrush/Fourmile Carlin gold systems which are on trend, strongly mineralized systems with the same stratigraphy, and with high-grade gold at the structural confluence of high-angle faults and low-angle thrust faults within Wenban5".

"While we are very encouraged by the new targets, realistically it will take a considerable number of deep core holes to confirm if the new Rift zone hosts a significant Carlin deposit," he said.

"Test marketing of a possible financing with a dozen or more of our best investors/prospects has shown that while they were all very impressed with the progress we've made on understanding the geology, without a meaningful resource to underpin the decision, there is no appetite to financing such an expensive and highly dilutive drilling program in the current gold market environment," Matter said.