Wesdome on a high at 30-year mark

Wesdome Gold Mines (TSX: WDO) shares were on a high yesterday as the company reported stronger-than-expected June quarter production results and opened the market to celebrate 30 years on the Toronto Stock Exchange. 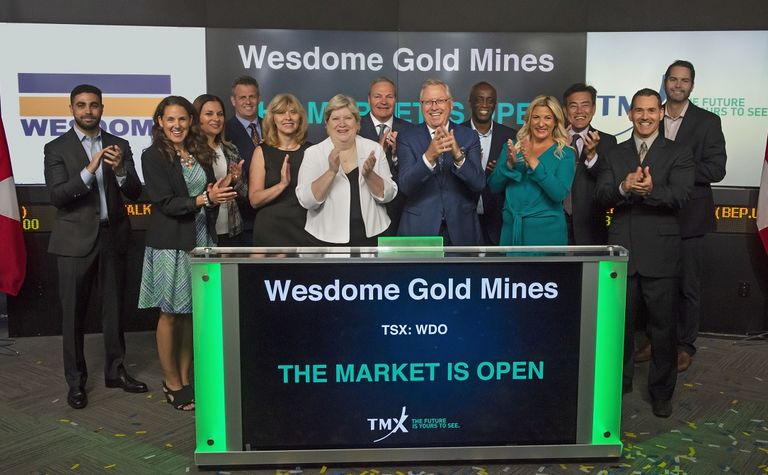 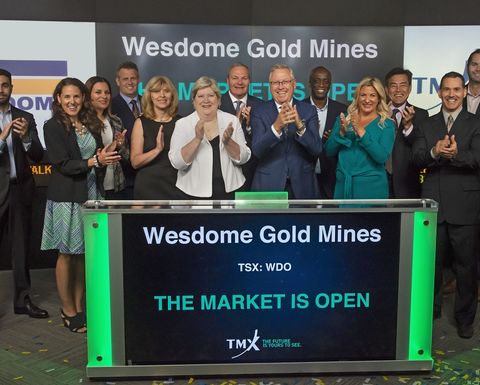 Wesdome opened the market yesterday, celebrating 30 years on the TSX

The miner is tipping possibly exceeding the top end of its 2019 production guidance after the result added to a strong first quarter.

Wesdome reported production of 22,437 ounces for the June quarter from its Eagle River complex in Ontario, a 35% increase on the previous corresponding period.

President and CEO Duncan Middlemiss said the increase was due to the 303 lens outperforming on both grade and tonnes.

"In Q2, this lens averaged a mucked grade of 41.1 grams per tonne, and we expect this strong performance to continue from this area in the second half of the year," he said.

The bulk of June production came from the high-grade Eagle River underground mine (20,873oz) and the remainder from the lower-grade Mishi openpit.

Middlemiss said the year-to-date production of 41,446oz had exceeded first half guidance by 18% and the company was maintaining its second half forecast of 41,000-45,000oz.

"The low end of this range will result in forecast production slightly exceeding the top end of our annual guidance range of 80,000 ounces," he said.

Middlemiss has his sights set on being a 200,000oz per annum producer with the improvements at the Wawa operation and the possibility of restarting the Kiena mine to the east in Quebec.

The importance of being Mark Bristow