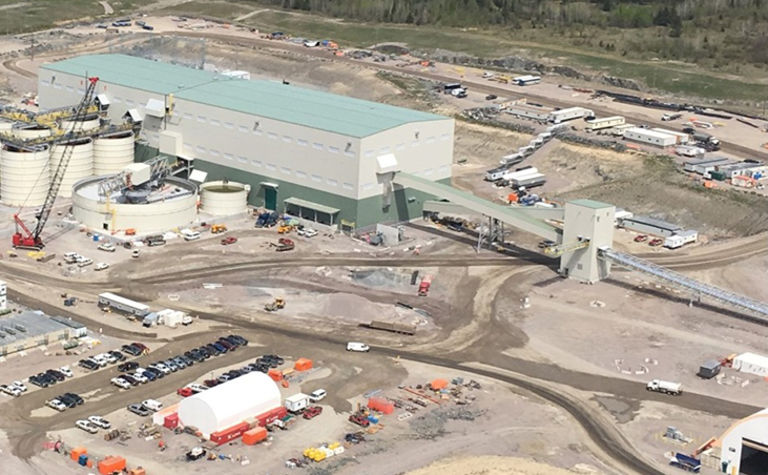 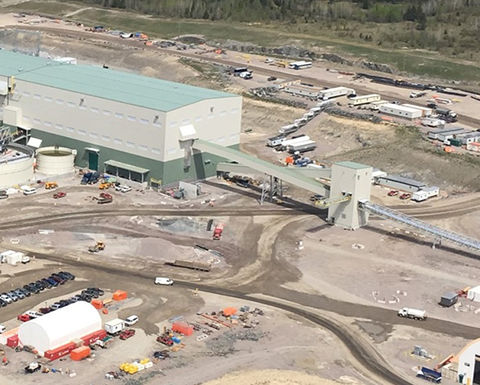 New Gold maintained its liquidity position of about US$400 million, including $110 million in cash and equivalents, which supports the implementation of its short-term operational plan for Rainy River and New Afton.

"Significant advancements have been made at Rainy River with the mill achieving its throughput, recovery and availability targets. We are excited to enter the next phase of optimisation that will focus on controlling and reducing costs while we complete capital projects, positioning the operation for efficient and sustainable mining," said CEO Renaud Adams.

Lower grades were mined as planned as New Gold continued the transition from Phase 1 to Phase 2 of the mine plan. Meanwhile, mill throughput averaged 21,117 tonnes per day including a record 24,230tpd in June, above the 24,000tpd target. Gold recovery also improved to average 93% for the quarter, up from 87% in the prior year period, as New Gold continued to focus on ongoing circuit optimisations.

During the quarter the company advanced a comprehensive mine optimisation study to review alternative openpit and underground mining scenarios with the aim of improving the return on investment over the life of mine by reducing openpit waste, overall underground development, and sustaining capital. An updated life of mine plan is due to be completed in the fourth quarter.

New Gold also began a strategic exploration drilling programme to test near-mine targets in the Intrepid North area. To date, 2,500m in five holes of a planned 7,500m in 15 holes have been completed.

The second phase of a planned mill upgrade to address supergene ore recovery advanced during the quarter and is expected to be commissioned in the third quarter. Development of the B3 and C zones continued to advance with efforts focusing on de-risking the execution of the C-Zone project, principally the finalisation of the tailings disposal plan and permitting efforts to update the life-of-mine plan.