Pure Gold Mining has added 530m of mineralised strike length to the Wedge Zone at its Madsen Red Lake mine trend in Ontario, Canada, expanding the deposit footprint by 85%. 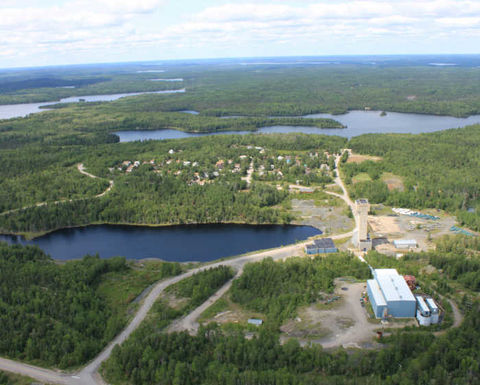 Wedge was discovered in early 2018 with multiple high-grade intercepts 3km south of the Madsen Red Lake. In early 2019, Pure Gold reported the maiden resource estimate for this new discovery.

"From day one our mandate has been discovery, delineation and resource conversion to give investors a full and current picture of the value that underpins Pure Gold and our platform for growth," said president and CEO Darin Labrenz.

"Today's results showcase the tremendous potential of the Madsen mineral system to continue to grow, by nearly doubling the strike length of Wedge and by extending the gold structural corridor that controls the Madsen orebody to 7km."

The Wedge zone hosts an indicated resource 322,000 tonnes grading 10.3g/t and an inferred resource of 307,000t grading 8g/t over a partially tested strike length of 620m. Drilling continues to infill within this footprint with a goal of upgrading resources from inferred to indicated and expanding inferred resources, while step-out drilling targets new zones of mineralisation.

A February 2019 feasibility study on Madsen envisions average annual production of 80,000 ounces a year over a 12-year mine life from an 800 tonnes a day operation with an initial capital expenditure of C$95 million.

Shares in Pure Gold Mining are trading at C58c, valuing the company at $210 million.