Premier Gold Mines has announced an updated mineral resource estimate for the Hardrock deposit near Geraldton, Ontario, which is owned by the Greenstone Gold Mines joint venture. Centerra Gold has 50% of the JV. 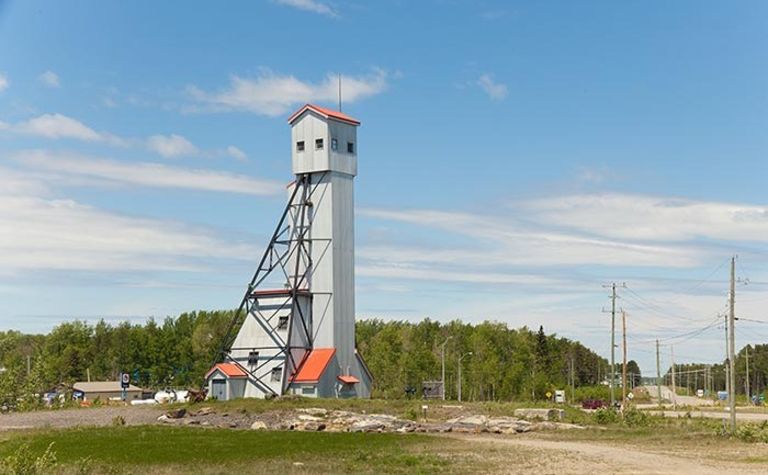 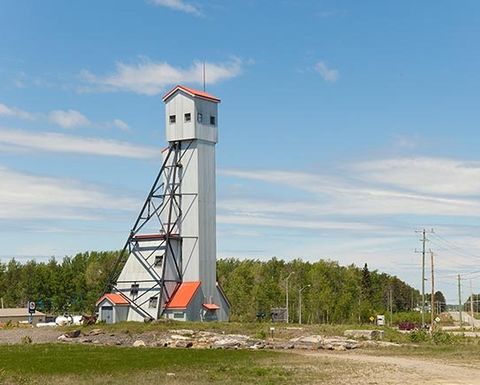 A headframe at Hardrock, Ontario, Canada

Hardrock hosts measured and indicated resources of 7.1 million ounces gold for Hardrock with some 5.9Moz seen to have openpit mining potential. The updated resource estimate represents a 21% increase in grade, 26% increase in ounces and 4% increase in tonnes compared to the 2016 feasibility study and is supported by some 12,000m of additional infill core drilling and 26,000m of reverse circulation drilling.

"Significant work has been completed by the Greenstone Gold Mines team since the release of the feasibility study in 2016. The increase in ounces and grade within the updated pit shell confirm our view that Hardrock is one of Canada's most attractive near-term development opportunities," said president and CEO Ewan Downie.

The partners aim to be able to make a build decision on Hardrock by the end of 2019, executive chairman John Begeman told Mining Journal at the recent 2019 Precious Metals Summit in Beaver Creek, Colorado. Greenstone proposes development of an openpit mine that could produce on average 300,000oz/y over a 14.5-year mine life.

The 2018 drilling programme aimed to increase the confidence level in the mineral resources in the initial years of production and saw 20,011m drilled in 405 holes using a 10m x 20m drill pattern. A variety of zones and mineralisation styles were tested through the first three benches of the mine design. This confirmed most of the gold expected in the 2016 block model and confirmed grade continuity.

The 2019 drilling programme aimed to infill specific areas to validate the 2018 internal mineral resource model and saw 12,008m of core drilling in 53 holes and 5,946m of RC drilling in 76 holes.

Premier earlier provided an update on its 42,000m core drilling programme at the Mercedes mine in Sonora, Mexico, where it is aiming to delineate new mineral resources in the Lupita Extension. Recent highlights included 8m grading 24.24 grams per tonne gold and 179.43g/t silver.

The Neo target is a potential new discovery some 400m north of San Martin identified as a possible extension to the Diluvio system due to geological similarity. Drilling returned 3.1m grading 13.65g/t gold and 80.01g/t silver. Drilling in 2020 will further test the potential to expand the mineralisation to the east to Diluvio.

"Our Lupita Extension drilling is returning intercepts well in excess of average production grades.  Early results from the San Martin/Neo target area suggest that our 2020 campaign will confirm the potential for significant resource expansion as well," said EVP Stephen McGibbon in a statement.

Premier recently began processing ore at its El Nino mine at the Nevada Gold Mines-operated South Arturo mine in the Carlin Trend in Nevada, USA in which it owns a 40% stake. El Nino was developed on-time and on-budget with ore being processed ahead of schedule. Surface and underground drilling will now resume to continue delineating and expanding mineralisation.

Shares in Premier Gold Mines (TSX:PG) are trading at C$1.90, valuing the company at $396 million.