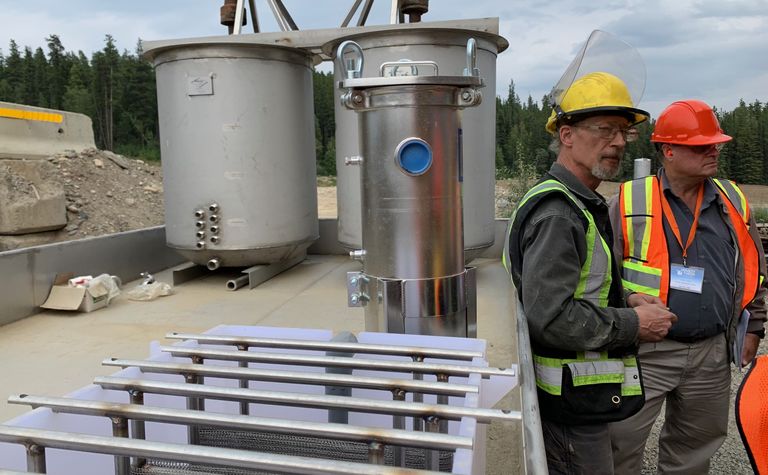 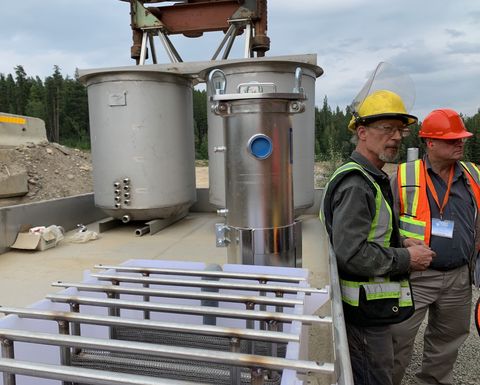 The companies announced in a joint statement the technology would be applied to extract gold from gravity concentrate at the mine.

EnviroLeach said it would entail the first on-site bulk test of the technology. Laboratory, pilot and production scale tests were successfully performed at EnviroLeach's facility in Surrey, British Columbia. The initial five-tonne bulk test will be conducted in phases and completed at Golden Predator's Watson Lake plant.

Golden Predator has developed a mobile batch recovery unit to recover gold from its sulphide concentrate, which is using the EnviroLeach process.

EnviroLeach said its technology was the only commercial-scale, economically viable and safe hydrometallurgical process in the world capable of recovering gold from sulphide concentrates without deploying cyanide.

"The plant and [recovery unit] are examples of the continuing ways that Golden Predator works to be innovative, testing new methods that have the ability to change how we operate at projects like 3 Aces," said CEO Janet Lee-Sheriff.

EnviroLeach CEO Duane Nelson declared: "Our unique and eco-friendly process will change the way the world produces and recycles gold."

The four-step EnviroLeach process can effectively dissolve gold into aqueous solution with similar leach kinetics and economics to that of cyanide but is sustainable, safe and environmentally friendly. It can potentially unlock the value of many deposits located in environmentally sensitive areas that cannot be developed using current extraction methods.

Despite Golden Predator's recent success in getting mining started again at its Brewery Creek project, also in the Yukon, and a 10% or C3c bump in its share price on Wednesday, company shares (TSXV:GPY) are trading nearly 10% below their year-earlier value at C32c. The company has a market capitalisation of about $50 million.