Wesdome Gold Mines has extended the high-grade 303 lens 300m down plunge at its Eagle River gold mine in Wawa, Ontario. 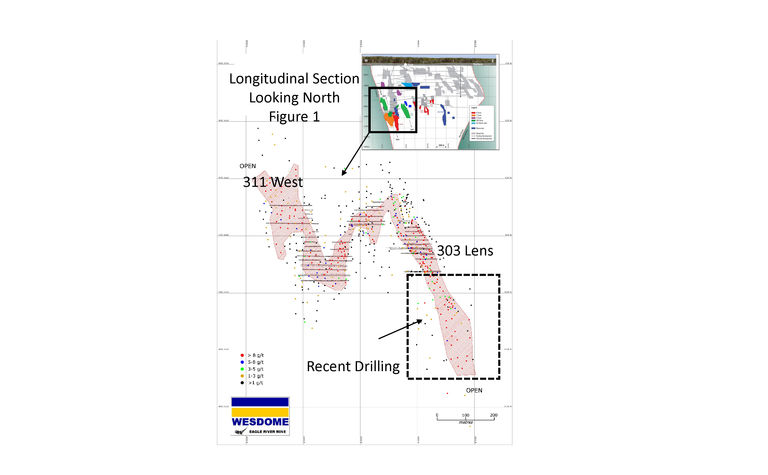 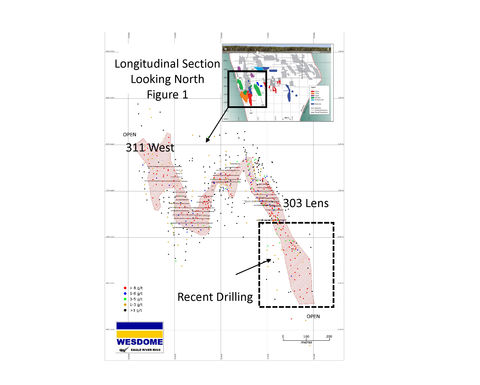 The 303 lens was discovered in 2015 and was initially defined from the 750m-level to 1,000m-level. It has now been extended an additional 300m down plunge to the 1,300m-level, with above average widths and grades. Highlights of the recent drilling included 11.1m grading 92.8 grams per tonne gold.

"The continued expansion of the high-grade 303 lens that has provided above average reserve grades over 2019 and planned into 2020. This additional expansion of the 303 lens an additional 300 metres down plunge provides an opportunity to mine these high grades well into the future with additional mine development," said president and CEO Duncan Middlemiss.

Wesdome has five underground and one surface drill rig working at the Eagle River deposit to extend the known 7 East and 311 West zones proximal to existing development and infrastructure, and testing for parallel zones of mineralisation in the eastern portion of the mine diorite.

With higher than anticipated production and favourable gold prices Wesdome is accelerating work within the Eagle River tailings area to increase capacity, install and commission a new Falcon gravity concentrator in the mill and enhance exploration.

Shares in Wesdome Gold Mines are trading at C$7.11, valuing the company at $975 million.

Wesdome on a high at 30-year mark