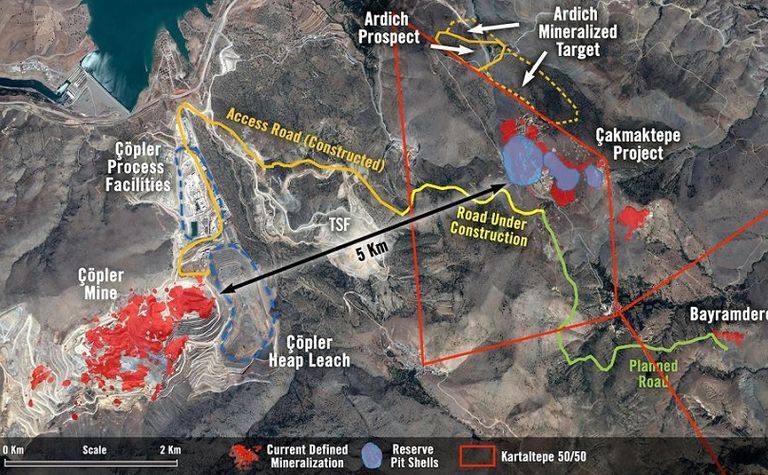 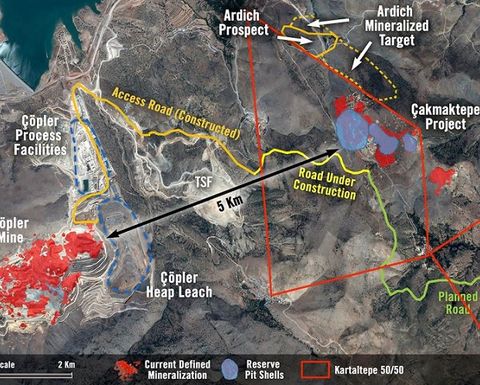 Alacer Gold has expanded the Ardich deposit, close to its flagship Çöpler operation in Turkey

The company said an interim resource estimate increased the indicated category by 28% to 816,600oz gold grading on average 1.6 grams per tonne, while the inferred resource increased by 519% to 593,900oz, at an average grade of 2.1g/t.

The company said exploration had been focused on determining the extent of the viable mineralised target rather than infill drilling for resource conversion.

Exploration continues and is being accelerated with seven diamond drill rigs currently on site.

"The Ardich mineral resource has grown into a significant discovery. We are continuing to define the extent of the mineralisation, with the expectation that the deposit will continue to grow with additional drilling," said CEO Rod Antal.

Antal said the company's study team was currently weighing options for starter pits. In parallel, the exploration team was rapidly exploring the south-east area of Ardich, which though less explored, showed "great promise" and might be brought into production faster, given its proximity to, "and probable connection with, Cakmaktepe".

The company has pulled the trigger on a Phase 1 expansion of the Copler heap leach pad, which is expected to give the company capacity to treat these newly discovered oxide ounces, while having access to multiple processing options right next to quality near-mine targets.