O3 Mining has released results from an ongoing drilling programme on its Alpha property near Val D’Or, Quebec, Canada, which is focused on the Cadillac Larder Lake Fault corridor. 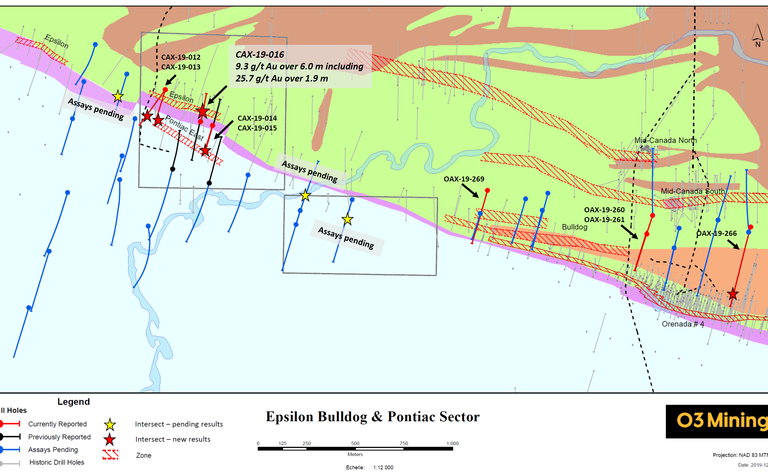 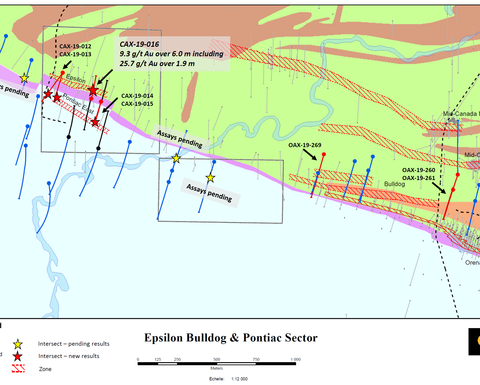 "The drilling campaign on the Alpha property has significantly expanded the Epsilon zone, now being traced over a 1.5km strike and opened laterally, as well as continue to confirm mineralised intercepts within the Pontiac sediments. This new zone opens a possibility to a mineralised envelope of significant width," said president and CEO Jose Vizquerra.

The Alpha area includes claims O3 Mining has under option from Golden Valley Mines and in which it can acquire an 80% interest.

Drilling to add ounces down plunge of existing deposits 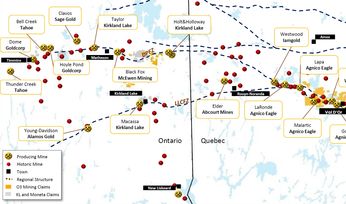 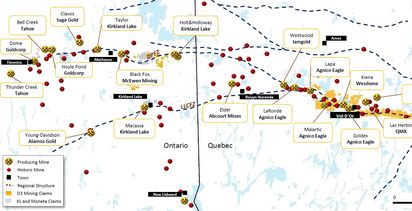