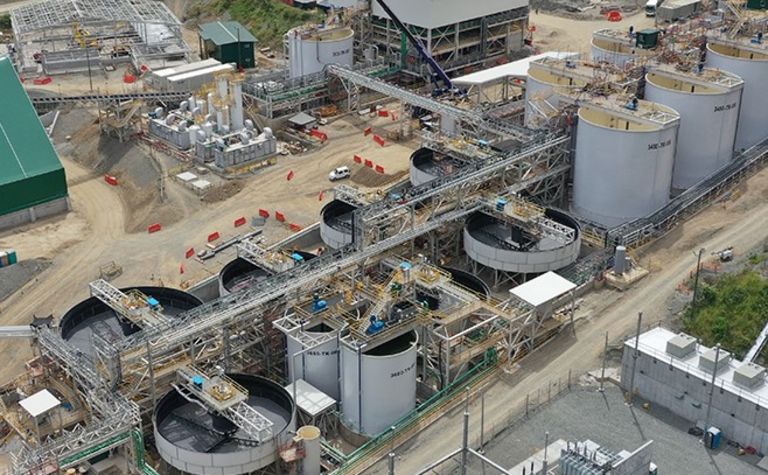 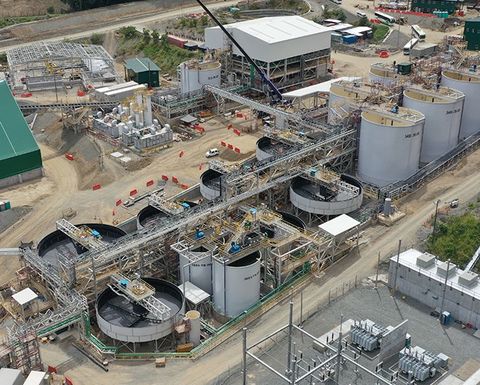 "We are extremely enthusiastic with the discovery of bonanza-grade gold in the Athena and Cassandra veins. Importantly, both veins have already been developed along significant strike lengths and remain wide-open for expansion. Given that the Athena and Cassandra veins are located so close to our mining infrastructure in the Higabra valley, they will be sequenced into the early part of the production schedule," said CEO Ari Sussman.

The Athena vein was discovered in a cross-cut being developed as part of underground construction of the Buritica mine, which is due to be completed during the first quarter and is situated between the Murcielagos and San Antonio master veins in the central portion of the Yaragua system. Subsequent to discovery, development drifting was initiated along the vein with assay results from channel sampling including 50m grading 60.9 grams per tonne gold and 42g/t silver at 2.64m width.

The Athena vein will be targeted by definition drilling at various elevations both above and below the Higabra tunnel elevation.

The Cassandra vein was discovered while sampling the walls of a separate cross-cut being developed through the Yaragua system. Cassandra is a shallow-dipping vein situated between the San Antonio and HW veins and is one of a number of new shallow veins being outlined. Drifting along the Cassandra vein was initiated with continuous high-grade gold being encountered in sampling including 135m grading 33.4g/t gold and 24g/t silver at 2.62m width.

Cassandra is one of a number of new veins being outlined through underground development where exploration drilling was not orientated appropriately to identify veins with this geometry.

The Athena and Cassandra veins will be incorporated into the mine plan and Continental expects it will be in a position to potentially begin mining the veins as early as the end of the year.

Continental Gold shareholders voted to accept a $5.50 per share, $1.4 billion takeover offer from China's Zijin Mining and the company subsequently received a final order from the Ontario Superior Court of Justice approving the transaction. The transaction is expected to close in the first quarter.

Shares in Continental Gold are trading at C$5.47, valuing the company at $1.2 billion.

New area to be included in the mine plan. 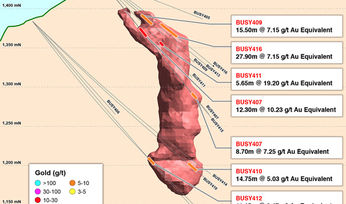 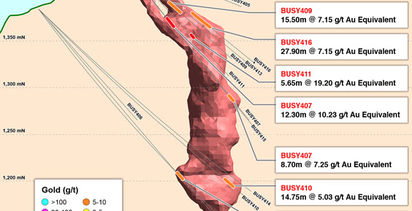 Continental looking at 30Moz at Buritica

Rio to explore in Nicaragua through Calibre deals