Miner donates gold to help save the rhino 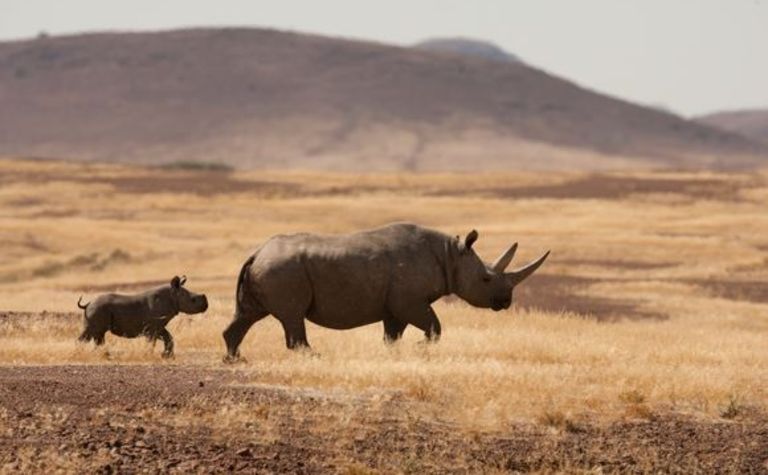 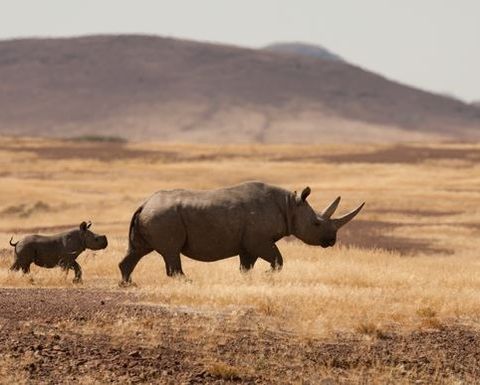 The company is donating 1,000 ounces of gold, worth about US$1.5 million, produced at its Otjikoto mine in Namibia.

The gold is to be made into limited edition Rhino Gold Bars, to be sold at the current spot price plus a 15% conservation premium.

Significant funding was expected to go to conservation action in the field, a portion to provide long-term sustainable financing, and the conservation premium would be used to produce a follow-up range of gold bars or coins, "ensuring this initiative remains self-sustaining", B2Gold said.

Proceeds would be managed by an advisory committee with representatives from B2Gold, Save the Rhino Trust Namibia, Integrated Rural Development and Nature Conservation, Namibia Chamber of Environment and the Namibia Ministry of Environment and Tourism.

"The donation represents the first time that gold, a natural resource from the ground, is being used to provide sustainable funding to community-backed initiatives for the protection of the iconic black rhino, a critically-endangered global treasure," B2Gold president and CEO Clive Johnson said.

The donation comes as environmental, social and governance factors are increasingly front of mind for both mining companies and investors.

Save the Rhino Trust welcomed the donation and said there were dozens of tracking teams working throughout the year, often walking more than 40km a day to support the conservation effort.

"We celebrate this astounding donation from B2Gold and know that this will re-energise the efforts of SRT and its partners to day-by-day fight for the survival of our critically endangered black rhino," CEO Simson Uri-Khob said earlier this month at the launch in Namibia.

B2Gold also has the Fekola mine in Mali and Masbate in the Philippines.

It reported record annual consolidated gold production of 969,495oz for 2019 in January and expects to produce 1 million ounces to 1.055Moz this year.