Excellon Resources is to buy Otis Gold in an all stock deal to diversify from its base of silver production in Mexico to gold development in Idaho, USA. 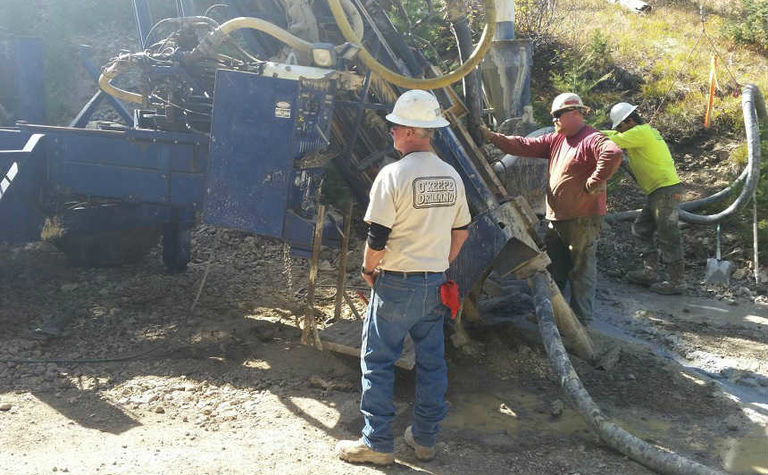 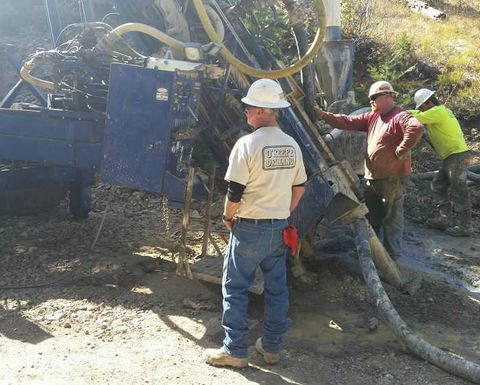 Drilling at Kilgore in Idaho, USA

The boards of both companies have unanimously recommended the transaction as has Eric Sprott, a leading shareholder in both companies who owns 25% of Otis Gold and 20% of Excellon.

"The Kilgore deposit multiplies our resource base and increases our precious metal exposure from approximately 50% to over 90%.

"With Kilgore, we will maintain our focus on exploration, the lifeblood of our industry. We have an immediate plan to grow the existing Kilgore resource and define the larger, multi-million ounce opportunity."

Otis president and CEO Craig Lindsay said the company was "excited to partner with an experienced producer to aggressively move the Kilgore project forward".

"We believe that Kilgore is on the cusp of significant growth, and we strongly feel that Excellon's technical and management team are well-positioned to both re-imagine and fast-track the project's development."

The transaction combines Excellon's Platosa's high-grade silver operation with the Kilgore development project in a company with an enhanced capital market profile which will have US$10 million in cash and available funds and is expected to have a market capitalisation of about C$124 million. Excellon intends to apply for a listing on the NYSE American stock market in the USA in addition to its TSX listing in Canada.

Kilgore is an openpit heap leachable deposit which hosts an indicated resource of 825,000 ounces of gold grading 0.58 grams per tonne and an inferred resource of 136,000oz grading 0.45g/t. It has a preliminary economic assessment which outlined production of 112,500oz a year over a 4.9-year mine life to yield a post-tax net present value of US$185 million at a 5% discount rate and an internal rate of return of 54% following an initial capital expenditure of $81 million.

Otis also has the Oakley project which hosts an inferred resource of 163,000oz grading 0.51g/t.

Under the terms of the transaction, Excellon will acquire the shares of Otis at a ratio of 0.23 Excellon shares for each Otis share following which Excellon shareholders will own 74% and former Otis shareholders will own 26% of the combined company. Upon completion, Excellon will have about 154 million shares issued and outstanding prior to a proposed five- or 10-to-one consolidation in order to meet the minimum US$2 share price requirements of listing on NYSE America.

Excellon signed a non-binding term sheet for a $6 million bridge-loan credit facility bearing 10% interest per annum with Sprott Private Resource Lending to be used for general working capital payable monthly and due on or before August 28th, 2020. Excellon will issue $180,000 of partner alignment shares to Sprott Lending.

Excellon agreed to advance Otis a C$500,000 bridge loan in two tranches of $250,000 bearing interest at 10% per annum repayable in cash or shares, at Excellon's option.

Shares in Excellon Resources are trading at C80c, valuing the company at $90 million.

Shares in Otis Gold are trading at C13c, valuing the company at $22 million.

Excellon's Cahill on Idaho, New York and getting the keys to Silver City

Centerra to explore in US through Otis deal