Minera Alamos has reported additional drill results which expanded mineralisation by 50-100m at the Nicho zone at its Santana gold project in Sonora, Mexico. 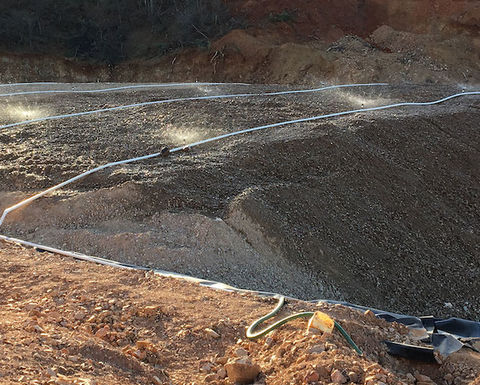 A deeper hole tested geological structures to depths of more than 300m, returning an assay of 247.9m grading 0.60 grams per tonne. This is the longest and deepest interval of mineralisation ever drilled at Nicho where the majority of drilling has been to depths of 150m, and it ended in mineralisation.

"Rather than closing off the limits of the deposit in this area we have demonstrated significant potential for further expansion to the south and southwest," said CEO Darren Koningen.

Minera Alamos is preparing to recommence construction activities at Santana after May 18, when the government of Mexico has said economic activity can resume in municipalities with few or no known cases or transmission of the COVID-19 virus.

The company expects to produce first gold from Santana in early 2021 following a six-to-eight-month mine build.

Shares in Minera Alamos are trading at C39c, valuing the company at $157 million.